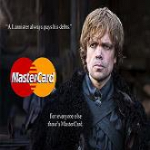 I don't think so and remember to add headings when you message someone so its more... organized.

I tried just now and it worked for me. You should really get a Client if your having much trouble using the web-client you can find kaishiro's instructions here: G0LD3NF1RE Questions Goes Here22:39, May 15, 2012 (UTC)

Thanks for helping with the project, however please see guidelines for how pages should be laid out.

An excelent example of a weapon page is Dwarven Sword. Please note all the infobox differences and heading. War axes needs to follow this guideline.

Im not sure if you read my first message, but I need to inform you that your recent edits to war axes - Glass War Axe (Skyrim) - are still not to the agreed standard. Compare your edit to the Dwarven Sword and you will see the differences. For example It should be "Smithing" and not "Smithing Requirements".

Please do not strike off any more War Axes in User:Jimeee/Skyrim Weapons Project. I wish to check and confirm any page before it's marked as done.

Ok, but if you look at Glass War Axe (Skyrim) now this is how it should be laid out. Notice the difference. Please try and keep to this standard or you are just giving me more work as I need to go back and fix things.
Also if you finish standardizing a page - put a * beside the name in the project page and i'll check it.
Jimeee (talk) 15:04, May 17, 2012 (UTC)

'Important NPC' are called Essential Characters, please use this term in future edits. You don't need to mention they can't be killed. Thanks.

Not yet, if you wish to create one it should follow the Essential Characters Skyrim page very closely. Also sign your posts with 4 tildes (~)

Hey, just want to tell you that you're doing to good job changing over the Elven Ruin names to the correct Ayleid Ruin name. Since you're working on those pages, do you mind going through this list and do what you've been doing by replacing the Elven Ruin with Ayleid Ruin? I'd like to delete those old redirect pages when everything has been changed over. Thanks! :)

Hey, Deyvid was saying you need to see this, im 80% sure your the one he was talking about so here:

That should do it. A bit of history behind it. As an avid Stark supporter in the War of the Five Kings (Don't spoil anything, as though I have watched both seasons, I have only read books 1 and 2 thus far) I was looking for a Stark sigil that would fit the required size. Quite difficult, but eventually, after a while searching, I got one that was perfect.

I linked it to Deyvid or Flightmare yesterday and we're waiting for more info to make a blog. It doesn't even need to be a blog, we could just write all the new things over on the ESO page.

Yes, though I'm suprised, yet happy, we've seen the white walkers this early, considering there's another 6 books they have to portray on screen!

I know that Theon at least gets his fingers flayed and Balon Greyjoy dies at some point, but that's all I've heard, so keep your lips tight please :)! I'm confident it will have a 'happy' ending, as there are still two more books GRRM has to write, so even though I have no idea who is winning the war of the five kings as of book five, I think in the end something favourable will happen because it simply would suck if the 'baddies' won everything, though I hope that if the 'goodies' win it comes at some sort of cost. I hope the Starks win, but as long as they stop the Lannisters, or go down with the Lannisters, then I'm not too bothered who sits on the Iron Throne (again, don't tell me anything about that).

I'm not sure if I have a favourite character, but it's probably Jon Snow, though I like Robb, Tyrion, Jorah and Theon (though he seems to be a tragic hero thus far). Tywin and Jaime, while I initially didn't like them, have sort of grown on me a bit, though I'm aware of their flaws (cruelty for Tywin, arrogance for Jaime.) Daenarys initially seemed interesting, but I'm a little bored of her now, she was kind of naive and arrogant in Season 2, kind of like Joffrey but without the pathological cruelty and extreme levels of arrogance and cowardice. I hope she gets her spark back in Season 3.

I like Roose Bolton as well, but I'm undecided whether or not he will remain good or turn bad, as his son is obviously a cruel villain and Roose himself seems shady and mysterious, but he seems quite the shrewd tactician, and I like the little Karstark subplot, it was a nice way of introducing some realistic problems of being on the winning (so far) side in a war, which was only very slightly touched upon in the A Clash of Kings. I'm very interested to see what will happen to Tyrion, whether he will defect and join Stannis/Robb or just seek revenge on Cersei and Tywin. I'm also anticipating to see what Thoros of Myr and Beric Dondarrion are like, as I skipped the first book and they weren't in the second one.

Finally, the Tullys. An interesting lot. When I first read about Edmure in the book, I immediately thought something bad would happen to him, but maybe I'm wrong. The Blackfish, on the other hand, is a very interesting and cool character, I like him a lot. I reckon he will be like Roose Bolton in the series: a good tactician who isn't afraid to question his commander, as his judgements are backed up by years of experience. Obviously, don't give away any spoilers :)

Yes, though I must admit I haven't heard of many of them, though GoT has brilliant casting and it won't let us down.

I have read A storm of swords part 1, and also part 2 up to the end of the Oberyn Martell-Mountain clash.

It seems to be going real bad for the Starks at the minute, but I have a feeling they'll pull it back and the Red Wedding will be avenged, especially considering it is now very likely Dorne will attack the Lannisters. T'is a bit of a shame though, I really liked Oberyn Martell.

Yeah, I'm going to read some more of SoSP2 today, I'm about half way through. I'm excited to meet Victarion in the next book, he seems so far to be perhaps the only likeable Greyjoy. Euron seems to be callous, but that's just the Ironborn. Balon was an idiot for attacking the Starks, but Victarion is not nearly as stubborn (I hope) and will find a way to fix relations with the north. No spoilers!

The Red Wedding was mortifying, but not to the extent I thought it would because I saw it coming.

As for Daenerys, her chapters were good in AGOT (I didn't read it but watched the tv series) but boring in ACOK. Her chapters so far are ok I guess. I like the Blackfish too, he seems smart as a whip. Edmure Tully is kind of likeable but is a bit unlucky how he gets captured at his own wedding! I hope Lysa Arryn attacks the Lannisters, don't spoil that please!

I don't really care who wins the game of thrones, as long as the Lannisters lose. I don't think the 'good guys' will ultimately lose because while this is a dark and unconventional story, it would be stupid to just let the bad guys win. No spoilers again.

My opinion of Stannis has changed. He says he's honourable and just, but he clearly isn't as he has to resort to dark magic to get a foothold. I hope Davos finds a way to change him.

I'm excited to meet new characters, but I hope they don't just remove chapters for interesting characters to make space for ones who may not be as interesting.

I just finished SoSP2, the epilogue and most of the chapters near the end were extremely satisfying, though it is stupid that Jon becomes the Lord Commander, though I'm confident Stannis will work around that ;) Jon should be Lord of Winterfell, I reckon he will be. Obviously, don't tell me.

I reckon Lysa Arryn got what she deserved, for not helping the Starks, but with Petyr perhaps soon to be in charge I think things may take a turn in favour of the Direwolf, though judging how quickly and often the tide changed in SoS, I couuld very well be soon eating my words.

Also, Catelyn 'coming back to life' is very strange, but it's a sign of things to come in favour of the Starks and Tullys I reckon, because she's obviously not a Wight.

Glad to meet another GoT fan!

I'm awfully anxious to see how well Daenerys will deal with the increasing troubles at Meereen and I really wish Stannis puts Theon out of his misery. Honestly, even though Theon screwed up A LOT, I think the man has had enough.

Besides LOTR, Arthurian Stories and a little dabble into the Kingkiller Chronicles, I'm not a giant fantasy reader. Not to say that I'm not a fan of fantasy, I just find it difficult to locate a series that can keep me reading. GoT is one of the few that has been able to do that, and LOTR is pretty much just because i went full geek on the movies.

I'm always interested in recommendations though, thanks for the offer.

I'll look into the books you suggested, Wheel of time i've heard of, but as far as the other authors/titles i have yet to hear about. which is good! i enjoy new suggestions.

Well have to try the IRC sometime, but i better head off now

Hello there, fellow TESWikian! A few things to discuss with you. First, I have recently made a proposition for the formatting of Bugs on articles. I would greatly appreciate your opinion and suggestions here: F:CT:Flagging bugs. Additionally, two new TESWikians are applying for staff positions. If you have not yet voted, please do at the rollbacker page and the News Team talk page. And give your opinions on Balgog and Senjai. Talos guide you, friend. :D --—Deyvid Petteys (bother \ stalk) 06:54, August 7, 2012 (UTC)

Retrieved from "https://elderscrolls.fandom.com/wiki/User_talk:Brynden_Bloodraven_Cauthon?oldid=1723241"
*Disclosure: Some of the links above are affiliate links, meaning, at no additional cost to you, Fandom will earn a commission if you click through and make a purchase. Community content is available under CC-BY-SA unless otherwise noted.