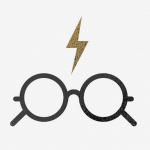 Hey Corey, I saw your reply on the consensus thread and I'd figure I'd ask you some things about the bot.

Hey Cörey, it occurred to me that while the Bot account is set up, there isn't much that I seem to be able to do from it (for the time being, at least), so if you could hop on chat sometime to talk about it that would be great. Thanks, and happy editing! —Atvelonis (talk) 16:49, May 25, 2015 (UTC)

Hey, we had an editor come in and did 7000 edits in a two month time, most of them creating new articles for the new game. However we fell behind in marking them as patrolled. We know they are good, but we need help marking them. Can a bot be set up to auto patrol Louise 069's new articles?

That was the concern brought to me, that the articles where overwhelming and that they where requesting a bot to assist in getting them caught up with marking them as patrolled. The pattroler has always kept up with new articles, inspecting them and marking them, but the huge surge caused him to fall behind and wanted help marking them. I myself do not think it is a major event that needs doing, but it was brought up in our weekly meeting, and I told them I would speak to you to see if it was possible.Cheatcodechamp (talk) 02:25, September 8, 2015 (UTC)

Hey, are you still busy with what you were doing irl? You haven't shown up on chat in a while and we really need Numidium working again at full capacity as soon as possible. So when you get the chance could you come on chat to discuss this? —Atvelonis (talk) 15:46, December 4, 2015 (UTC)

Alright, I believe these are all the remaining ones:

Num. as an editing botEdit

I meant to ask you last night, however, I only just now remembered the question: You do have a timer on the speed that which Num. can edit right? I seriously doubt this will happen anyway, but if Num. edits at speeds over one time a second odds are the server will overload. I may be wrong about that though, but that's what I picked up off of using AWB (At my sandbox, of course.)

Anyway, so my question is: You do have at least a one second edit timer on the bot?

Retrieved from "https://elderscrolls.fandom.com/wiki/User_talk:C%C3%B6rey?oldid=2115784"
*Disclosure: Some of the links above are affiliate links, meaning, at no additional cost to you, Fandom will earn a commission if you click through and make a purchase. Community content is available under CC-BY-SA unless otherwise noted.