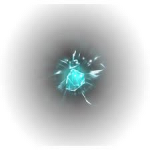 Thanks, I'm hoping it will be fun, I love skyrim. ˜˜˜˜cthetheslayer

If you want to create a custom userbox, have a look in the Userboxes category first to make sure it doesn't already exist. If it doesn't you can copy the source code of one of the pre-made userboxes and edit the text, colors, and images the way you want in a new template. —TombRaiser SPEAK! 18:41, September 17, 2013 (UTC)

Are you the One ?Edit

Yes I did i realise I was rather childish and took it to far.

Just.....just remember to put your signature when you put something in someone elses talk page next time , OK bud....

sorry Cthe im new i havent edited on a wiki before.

Cthe can you tell me how to edit well?

Please sign what your say with 4 of these ~ Put them next to each other and it will display your signature, as for your query Always think, will this be helpful to other people? And make sure to put it in the right section. Cthe (talk) 14:39, September 27, 2013 (UTC)

Hello, were you trying to nominate Madman97 for being a patroller on this page? If so, you must ask him for acceptance of the nomination, and then properly format the nomination with the section names. If you need help with the latter, feel free to ask. Kroq-gar78 (talk) 20:07, September 27, 2013 (UTC)

Also, I would like to add that being a patroller constitutes having edited many articles on the mainspace, of which Madman97 has exactly one, as seen here. Perhaps you meant to nominate him as a forum moderator instead? Kroq-gar78 (talk) 20:10, September 27, 2013 (UTC) Whoops. yeah.

Ah, I see. I read the join dwemer-uncovered message on the Lore thread first, so I didn't know what was going on. That sounds like an interesting idea. Take the best and brightest and compile a list of members and get together and solve problems. I like that idea. Anything to bring more people to my Theory Blogs and Wabbajack Grinding. Madman97 (talk) 21:58, September 27, 2013 (UTC)

I would. Thanks bro! I can't believe I get to have this oppurtunity. I look forward to working with you in the near future.

Well, I appreciate you trying to get me nominated, but I guess the public doesn't quite like me yet. Oh well. I can alway's just continue with my blogs. Season Finale of Wabbajack Grinding is coming soon. Tune in.Madman97 (talk) 06:36, September 29, 2013 (UTC)

Aha, Cthetheslayer, it has been a while. I am glad you came to me with this, because I believe I have a suitable answer. FOr the first part anyway. I don't know what you were asking the last sentence. Try to be a littloe more clear on that. But anyway, do Daedra need hearts or souls? My answer is: No, they do not. First of all, they already have hearts inside them, and second, they created the armor and is natural to their species. When a Not-Daedra makes the armor, they lack the power necessary to make it without using anything. The Dremora seem to have a special ability that is restricted to only their race to make that specific type of armor. It's really technical. We who are not Dremora cannot make it without using magic and such.

Yes, it is allowed granted that there isn't any pending discussion on the split. Take a look at Talk:Lucien_Lachance#Split. There is a discussion there, and apparently it was requested long ago, but in the end it wasn't moved to those pages, probably because Lucien Lachance wasn't called Lucien Lachance in Skyrim, but Spectral Assassin. So, yes, what you did was okay, but remember to check the talk pages first to make sure there isn't any objections to the split.

To answer your second question, pages must be split manually, since you're moving selected information, there is no auto way to do it. —TombRaiser SPEAK! 05:44, November 9, 2013 (UTC)

Yes, this user would be punished for vandalism and this should be brought up to an admin or on the Vandalism in Progress page. TombRaiser can help further as she can perform an action such as a temporary ban or so.

You know, it doesn't make much sense that you write a blog about your Theorys if you don't allow other people to comment on it. I found many errors in your theorys, and would like to correct them, but I and other users can't post any comments. AngryEnclaveSoldier (talk) 19:46, February 4, 2014 (UTC)

Edit your blog and at the top right you can tick commenting, that should enable it. —EbonySkyrim Message! 20:37, February 5, 2014 (UTC)

Retrieved from "https://elderscrolls.fandom.com/wiki/User_talk:Cthetheslayer?oldid=1360840"
Community content is available under CC-BY-SA unless otherwise noted.