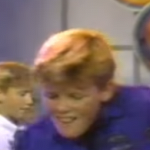 Hey Vault, the "Reforming the Thieves Guild" page you created isn't an actual quest in Skyrim. We already have an article for the quest called "Under New Management." For some reason that wasn't listed as the next quest in the infobox for "Darkness Returns," but I've fixed it now. We have pages for pretty much everything in Skyrim as it is so chances are if you can't find a page it's just listed under a different name than you would've thought. If you have any questions I'd be happy to help. Thanks. Have fun editing! —Atvelonis (talk) 23:54, March 8, 2016 (UTC)

Can you link one of the spam posts? I can't find them, and the feature to look at all posts is currently bugged and won't work. Ottoman Hold Message Me My Action 08:50:59 April 13, 2016

Hello, Dark, I have come to say the ban was lifted. I told Lilith the ban was unjust and that I kicked you for spamming. However next offense will be a minor ban. You are welcome to come back on chat. Regards. Qahnaarin1997 (talk) 22:30, April 24, 2016 (UTC)

From what I read some of it was directed at the users, and you trying to find a way out of it warranted a kick after we said drop it. You didn't stop after the kick, I was joking with Carlo. Hope this clears thing up. From your last ban it appears to be a week from what it says on your TP, so be glad it wasn't a longer ban. Qahnaarin1997 (talk) 23:15, July 18, 2016 (UTC)

I believe the image was tagged as low-quality because the background of it is a little distracting. It would probably be better if it weren't two different colors. —Atvelonis (talk) 20:34, September 25, 2016 (UTC)

Note that they fought the Empire during the Alliance War, after the Planemeld this Legion would no longer be fighting the Empire. Just like how the Seventh Legion left Bangkorai and the Third Legion is no longer in Hammerfell.

Haha, no problem bud. We're here to learn, to contribute. The more we learn, the more accurate this wiki becomes.

Since the recent sharing of the images between the Wikias French and English, I didn't know that the French Wikia images were also added among the Wikia English images. I added the "Rusty Mace" image in order to add it to a page on our Wikia that doesn't exist on yours, whose here is the article's link :

I humbly apologize if it has been badly referenced.

In any case, forgive me for my mistake, and as a French contributor, I apologize also for my very bad English :-)

Good night to you and maybe to soon on the Wikias !

Retrieved from "https://elderscrolls.fandom.com/wiki/User_talk:DarkVaultBoy?oldid=2308390"
*Disclosure: Some of the links above are affiliate links, meaning, at no additional cost to you, Fandom will earn a commission if you click through and make a purchase. Community content is available under CC-BY-SA unless otherwise noted.