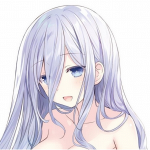 Hello Datadragon Seraphim, welcome to the Elder Scrolls Wiki! We're building a collaborative source of information for The Elder Scrolls, and we need your help!

Hello, I am Melonhead101 I Am Here To Explain That Races Are Infact Balanced.

Orc: Has no Ability but has a devastating Berserk

Redguard is Great for Power Attacks

High Elf Is The Best At Offensive Magic

Do I Need To Go On

I Suggest Reading A Guide Book Of Skyrim And Looking at all the races I guarentee you will find multiple charactars thats are equal to or greater than breton. Melonhead101 (talk) 05:53, July 4, 2014 (UTC)Melonhead101

Yeah sorry about that, i've just been trying to establish myself more into the wiki and it must have slipped my attention. I will return shortly. NOTATHALMORSPY (talk) 23:33, July 7, 2014 (UTC)

Do you know if I can go back to VL form when I'm in the middle of the companions questline or do I have to stay a werewolf the whole questline? Alduintheworldeater10 (talk) 23:57, July 8, 2014 (UTC)

Since You Felt the Need to Directly Message.... Edit

Look chief, I don't need a "flame war" or whatever it's being called right now, but don't be a douche bag.... that's all that I'll openly blast you for.  We had a fight/discussion going in one thread, I made a post in a completely separate thread in a completely separate topic, and I guess, since you deny stalking me, that it was coincidence that you decided RIGHT THEN to come in to that topic (you came into a thread I was in, not the other way 'round....and directly after me at that). Never mind that you threw the previous thread's fight into another, but if you're going to be that kind of douche, at least own it. Don't make a new post about how that's not what you're doing (while letting the actual topic go in favor of trying feebly to defend your mistake).

If you think it's not, perhaps reexamine the way you speak, the actions you take, and the context of what you post and where you post it, in relation to whats currently been going on. Your view of them is seriously skewed.

I don't roll over, I don't see conspiracies everywhere, and I have no hang ups about my self, my mind, or my own shortcomings....we all have em, I can deal just fine. Trying to take "the high road" and make yourself look "more mature" (on the internet of all places) doesn't work when you get caught red handed man. Just own it. That's when this ends.

Dictated but not read

You can go ahead and keep him, I was planning on having his arc intertwined with Tommen Grass-Eyes, but now with him dead there would really be no point. NOTATHALMORSPY (talk) 21:17, August 13, 2014 (UTC)

While I have you can you post on my page how long the thieves guild chests in the training room take to restock Alduintheworldeater10 (talk) 09:32, August 20, 2014 (UTC)

The best thief is the one you don't know. Edit

Alright, so Fel is a pretty simple guy. He's sarcastic, a quick thinker, fast on his feet, and most importantly he simply refuses to go to jail or be caught by the guards. He honestly prefers his name not be known, and if at all possible he'll take things from under people's noses and give them back, just to prove he can. His curiosity often gets the best of him (ergo, why he steals things he can't use/fence off), and has nearly landed him in jail for small crimes several times, but not enough to earn him a name. Really the last thing you should know is that if there is a sweetroll nearby, it will most certainly and most inevitably end up in his pocket, he steals those recklessly. See you next week!

Datadragon, you participated in trolling the author on another thread. You acted as childish as some other users and added to the flame war, however you did break it off. But don't go acting like you weren't a part of it, because you were. Talos guide you Kinsmen Speak Citizen! 16:37, September 20, 2014 (UTC)

In the end you acted civil and broke it off before it got too out of hand, and you remained civil in your last post on the last Akahvin thread. I don't really think an apology is in order, especially since the author's sibling is probably gone from the wiki for good now so there isn't an easy way to reach her. But you can leave an apology on her account's talkpage if you like. Though It was just that in your post you wrote 'you' a lot, making it seem like you forgot that you were also a part of the trolling. Talos guide you Kinsmen Speak Citizen! 16:49, September 20, 2014 (UTC)

Haven't quit or forgotten or anything, just busy with other stuff (including several other RP's). Will make some posts during the day.

Retrieved from "https://elderscrolls.fandom.com/wiki/User_talk:Datadragon_Seraphim?oldid=2223818"
*Disclosure: Some of the links above are affiliate links, meaning, at no additional cost to you, Fandom will earn a commission if you click through and make a purchase. Community content is available under CC-BY-SA unless otherwise noted.