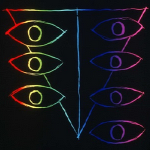 Hello... yeah im not even gonna try to type your name

I noticed that on the Atronarch Forge page ( http://elderscrolls.wikia.com/wiki/Atronach_Forge) it says that the random daedric weapon (enchanted) requires a greater soul gem. On the Daedric Weapons page ( http://elderscrolls.wikia.com/wiki/Daedric_Weapons_(Skyrim) ) it says that the same recipe needs to be done with a grand soul gem. These two statements are clearly wrong since they clash against eatchother. Possible fix?

Sorry to bother you, but I'm getting questions on the Ruling King page and as you're the person who wrote it, I thought it best to ask you. Basically they're saying that the page contradicts itself when it says a Ruling King considers themselves master of the world with no equal and has defeated their double, then lists Tiber Septim and Nerevar as Ruling Kings. According to them, both these people considered others their equal. The example given to me was Tiber and Zurin Articus.

Personal inquiry, in what I've read about The Towers I couldn't find any conclusive information on what Snow-Throat's stone is, other than it being called "The Cave". I also couldn't seem to find a source listing Snow-Throat as activated or deactivated, and I was hoping you might know. Thanks for your time. RhodiumOdi (talk) 01:02, December 9, 2016 (UTC)

I've recently been modded for this place and also started oing some tweaks to a few of the conceptual articles and possibly going to add a few more. Would it be ok if I ran some ideas by you before finalising those changes? I've recently created the Towers (Aurbis) page, by way of example of the stuff I'd be adding and going over.

Also, Odi and atvelonis have both been saying I should stop by to say hi for a while, and that we should compare notes.

I've been chasing sources on the Reman empire, and noticed we have four Reman pages:

Is it worth bringing these together? As far as I can tell the only advance the Dynasty page has over the Empire page is the rulers' dates (which can be added as part of the headers to the Empire page), while the Reman page simply talks about his godhood, as per Varieties of Faith. This could easily be slotted into a paragraph on the Reman Cyrodiil page.

I've pulled together a possible alternative page on Mantling in aSandbox , as the current page isn't well-referenced and could do with some expansion. I've tried to steer clear of too much speculation, but the dearth of sources makes that a little difficult. I personally don't think that the Tribunal mantled the Anticipations for example, but it was an example in the current page and I do see how an argument could be made.

Let me know if you think this merits replacing, and I'll do a copy-paste job.

Congratulations on the MOTM win! Very much deserved.

I've been adjusting and adding references to our Daedra article, and am now at the point where I'm not sure whether to reference, replace or delete several of the sections. The parts on History, Presence on Tamriel, the Daedric Alphabet and Daedra Summoning in particular I'm questioning.

In History, a lot of it gets talked about in other sections, much of Presence on Tamriel is a few sentences discussing what happening in the games and I'm not sure are really necessary for a lore article. The Daedric Alphabet presumabily has its own article and reads an awful lot like speculation, and the Daedra Summoning portion is hopefully covered in enough depth in the rest of the article; there are few sources explicitly discussing the process that I can dig up, so I'm not sure it merits its own section at this point.

Can you take a look and let me know what you think?

Thanks for the comments. I've made some more tweaks and deleted some hefty chunks of stuff that isn't really relevant. I've also removed the Moral Disposition stuff, as it's discussed elsewhere throughout the article. It's hopefully more manageable now. I'd appreciate another pair of eyes looking at it before I leave it alone, if you've got a moment.

The admins directed me to you saying you might have plans for an Amaranth page. With today's leak of Sermon 37, it provides a lot more in game documentation for Amaranth. So if you are planning on it, I'd be happy to help. If you aren't I'd be willing to take it up and if you want to help that'd be cool, too.

Well it seems like one of our editors has actually confirmed the existence of the book, and it does indeed reference C0DA and the Amaranth. Crazy stuff. Personally I think this gives it enough credence for an article. —Atvelonis (talk) 01:41, May 23, 2017 (UTC)

Hey Dovah, quick request of you. So Wikia wants to make a couple of TES-themed videos that they will put on a select number of articles. They're starting with Dark Brotherhood (Skyrim), and have a basic outline on this page. Currently a few of the sections are mostly empty, notably the "History of the Dark Brotherhood" scene.

Do you think you and/or Aramithius could put together something for that? The video is supposed to be kinda short (like not much longer than 5 minutes) so it doesn't have to be anything crazy in-depth, just a brief explanation of the Brotherhood's overall history which you can narrow down to the Brotherhood's history in Skyrim specifically. You can mess around with the rest of the script too, of course, whatever you think would help it out.

Not sure if you're active on Wikia anymore, but I've been asked to bring this up with you. I was wondering if you could help out by adding a page for The Trial of Vivec? I was informed you were very likely to be knowledgeable on the subject.

I notice that you haven't made an edit since April of this year, over seven months ago. Are things alright on your end? I realize that things can get busy, but you're quite good at writing lore articles: I'd greatly appreciate it if you came back to help on that, even intermittently. —Atvelonis (talk) 00:10, November 29, 2017 (UTC)

Hi Dovahsebrom, since you have not made any edits to the wiki since April 2017, I wanted to reach out and ask if you still had any interest in retaining your role as forum moderator. If you're certain that you've moved on, I can remove your tools later this month. However, if your inactivity was caused by an extenuating circumstance rather than loss of interest, please let me know and we can coordinate further. Thanks. Happy editing! —Atvelonis (talk) 22:05, April 4, 2020 (UTC)

I've removed your tools now. If you'd like them back, you'll need to go through the application process again. Please let me know if you have any questions, comments, or concerns. Thanks. —Atvelonis (talk) 15:06, April 26, 2020 (UTC)

Retrieved from "https://elderscrolls.fandom.com/wiki/User_talk:Dovahsebrom?oldid=3071813"
*Disclosure: Some of the links above are affiliate links, meaning, at no additional cost to you, Fandom will earn a commission if you click through and make a purchase. Community content is available under CC-BY-SA unless otherwise noted.