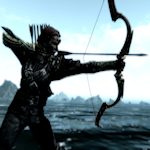 Ah, I see what your perspective on nominating me is, and so I can agree with you. I'm still wondering that if you and Ghost are resigning, will it be permanent, temporary or you're not sure? You're both great admins and whatever the reason is I'm sure it's a reasonable one, but I'm still curious to know if you still have plans to return to the positions in the future. ☞ Яǐɱ (Chat with Meh) (Updates) 06:08, January 16, 2015 (UTC)

That's a shame to see you have resigned as a sysop and crat of the wiki. Good luck in your future endeavours, whatever they may bring for you. I do hope you will come back in the future. :) --SuperSajuuk Talk Page | Contribs | Channel 13:12, January 16, 2015 (UTC)

Ebony told me she has no plans to retain her position in the future, so unless she changes her mind chances are she won't be coming back. Farewall Ebony, the wiki will miss you. ☞ Яǐɱ < Chat with Me | Updates | Edits > 22:45, January 16, 2015 (UTC)

Your resignation came as a shock to me, and to be honest I now find myself in a slight panic. You are greatly appreciated here, and I for one can say that I will genuinely miss you. I hope you feel inclined to make a return someday, and even if that doesn't ever happen in full, you'll always be welcome here. Goodbye, and good luck with whatever you're moving on to. Atvelonis (talk) 14:14, January 16, 2015 (UTC)

I just learned what happened on the wiki. I didn't have a clue that there were so much issues in your community, and I hope you will carry on. Thanks for having still taken some time to answer me.

Wow, I never thought I would see the day you would resign. Ebony, you are one of the hardest working people on this wiki, and your contributions have changed the wiki as a whole. Believe it or not, I actually do remember when your edit count was in the lower thousands, long ago when I was still an anon thinking the people on here were actually professionals spent all their time working on here and never made a mistake (I was a bit naive). Anyway, thanks for putting up with my regular questioning and bad suggestions for the wiki, and I hope that one day you may return, but if not, good luck in life 'n' stuff. Potential Threat (talk) 01:14, January 17, 2015 (UTC)

A thanks from the past

Hello, ma'am. I never actually had the opportunity to give you a big fat thank you for all you've done here; you're like a Messiah. A swedish gaming hardworking messiah who has better things to do than to turn water into alcoholic beverages, but the point stands. Maybe on the future, when a new TES is released, we can all turn the wiki to its former self, althought this is little more than daydreaming. I can tell you have the potential to accomplish awesome things without luck, but as an element of common etiquette I have to wish it to you in your other prospects. Live long and prosper ;) —Sky Above,Voice Within · Show thy Voice! 07:52, January 18, 2015 (UTC)

Alduin, you may not be aware, but Ebony left the wiki. She won't be returning. Leaving her messages is pointless, she will not see them or reply. At this time, it won't be wise for anyone to remove the flag from your account, so it's fine to take time off. --Sajuuk talk | contribs | Channel 20:13, January 19, 2015 (UTC)

Hey Ebony! Thanks for noticing the mistakes I made while making all those pages—I probably never would have caught them myself. I'm guessing you're just stopping by to make a few edits... but if you plan on sticking around that would be great. Well, I don't want to bother you any more, but thanks again for your help, it was nice to see you here again. —Atvelonis (talk) 20:00, June 1, 2015 (UTC)

Yeah... sorry about the renders, they aren't added very often so that policy had slipped my mind. I've been deleting the renders that you've tagged, so they should all be gone soon. I've been doing my best trying to fix up and categorize everything, although there's been a lot to do. Still, there's been a lot of progress, so it seems things are going fairly well. —Atvelonis (talk) 20:30, June 1, 2015 (UTC)

Yeah, the only reason there are so many images there is because I was asked if interior images could be added, and I said yes. I was not expecting more than a couple of images to be added to any one article though. I suppose at the time my mentality was something like, "The more images the better," but looking back at those articles I'd say you're most certainly right, they don't need all of those extra images. Maybe one if it's something noteworthy inside but yeah for the most part they are not necessary. —Atvelonis (talk) 20:48, June 6, 2015 (UTC)

Hi Ebony, I had a couple of little questions about ESO characters and I figured you're probably the person to go to. First, do we want a category for characters in every location or just towns and cities? So for example if there is a character in Erokii Ruins would we add the Online: Erokii Ruins Characters category or is such a location not large enough to qualify for this? And also, very minor thing, which parameter would a character's job (Alchemist, Grocer, Weaponsmith, etc.) be put under in an infobox? I assume occupation but I wanted to check and make sure. Thanks in advance. —Atvelonis (talk) 13:12, June 20, 2015 (UTC)

Hello! Can you please vote The Elder Scrolls Wikia for the best Christmas logo here in the comments? It's about russian Elder Scrolls Wikia, but it will be our common victory if you and the others from English TES wiki help us :)  MantasMiner (talk) 14:06, December 26, 2015 (UTC)

Retrieved from "https://elderscrolls.fandom.com/wiki/User_talk:EbonySkyrim?oldid=2483421"
*Disclosure: Some of the links above are affiliate links, meaning, at no additional cost to you, Fandom will earn a commission if you click through and make a purchase. Community content is available under CC-BY-SA unless otherwise noted.