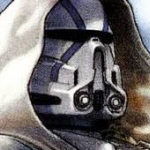 Welcome to my talkpage, <insert name here>! Here are some tips to help you communicate with me:
And, alway remember, keep you eyes to the sky traveler.

Just wanted to let you know a new interview has been finished for Shawn Howell and is available to post on the main page.

Hey Jarjar, quick request. Could you move the "previous, concurrent, and next" sections on templates Battle and War? Also, could you edit Template:Pre-Release so that there is space between it and the article? It compresses together with the content, so where it is used (i.e. Clockwork City (Online)) it looks somewhat odd and crumpled. Thanks in advance. ☞ Rim < Talk | Updates | Edits > 20:27, September 28, 2015 (UTC)

The Pre-Release template looks good. And yes, I'm sure about the war and battle templates. See Great War and Battle of Anchorage on the Fallout wiki. The previous, next, and concurrent sections are laid out perfectly at the bottom. Besides, the title of the event should be at the top, not the events connected to it. ☞ Rim < Talk | Updates | Edits > 23:07, September 28, 2015 (UTC)

We're pretty close to a conclusion on the Moot timings. If it was six hours earlier, would you be able to make it?

Just as a reminder to all members, we've got quite a few ongoing projects in addition to many different tasks that could use your help, in particular expanding stubs (or removing the stub template if there's sufficient information). Also, users who aren't active in the guild after 2-3 months will need to be removed, just as a heads up. Anyways, enjoy the weekend and let me know if you have any questions or suggestions. --Shockstorm (talk) 23:20, November 14, 2015 (UTC)

That's referring to {{StaffNav}}. I have it on my profile and a few other staff members do as well. It's basically to help people to get an idea of who's staff more easily since not everyone visits the project page. —Atvelonis (talk) 15:05, November 21, 2015 (UTC)

Category:Online: Bloodfiends
We need to list their combat stats, as well as their NPC stats like gender and race when needed I may need to look into it more, Not sure how many there are in games
It looks like a vampire types
The two we have that are named are named creatures, but I am thinking we should do more to provide info, so special template is my thought process.

Well, wow back man! And I thought that Cru was the only other guy on the whole wiki who even noticed lol. Thanks for the praise man, and also for the fishy stick :D!!!! Yay! I will cherish that fishy stick, and when I eat it, it'll be eaten :P.

Lol yeah, my shit still surprises me sometimes! You see, there's these massive UESP lists that've been neglected for an age. Nobody knows they exist, but I came on them when I had to desperately Google one of the villages. Lucky I found them, I had no idea that there could possibly be this many pages for any game that still need creating. It gets boring sometimes (Cromwell, Cromwall, Crombury, Crombitch, Cromshit, Cromshire...it goes on), but I push on. I'm gonna need help though, hopefully Cru is up for it. Anyways, thanks again mon :D! - Ned Tp- Contribs 17:18, April 11, 2016 (UTC)

As was said in the moot, please find a way for users to disable/remove the preloads thing - it pushes everything else down, including the categories module. --Shockstorm (talk) 15:00, July 28, 2016 (UTC)

can you help my page

Thanks very much for the message! I've not been as productive around here recently as I'd like to be, and am on chat even less but its nice to hear from you.

Retrieved from "https://elderscrolls.fandom.com/wiki/User_talk:Emperor_Jarjarkine?oldid=2727819"
Community content is available under CC-BY-SA unless otherwise noted.