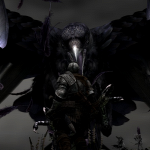 No, you don't sound rude at all! I have played Arena - given its difficulty, I never even got close to finishing it, but yes, I've played it. Herobrinetrollin herobrinetrollin's talk page 23:27, February 3, 2015 (UTC)

Haha! Thanks. The stuff you've done is phenomenal though, what with there being a page for so many locations and quests and stuff. Emperor Maximus (talk) 08:20, January 23, 2015 (UTC)

Hey, I am glad to see you will be helping with the Daggerfall articles.

As of now, only you and User:Fire Wolf Pup said they would work on this area, but I can see others joining up to help. In the meantime, you two should get an idea how to two plan to work together. I saw you two have talked some, so it looks like you two are already working together some.

Something we are hoping to get out of the team projects besides unity and fewer stubs, is featured articles. While doing whatever project/projects you have in mind, keep an eye out for articles you think should be brought to light.

Each team having a way to communicate would be a good idea. I will leave each team to start their own board to do this.-Cheatcodechamp (talk) 18:43, February 1, 2015 (UTC)

All I know is that the cities are in set locations. I just looked at UESP and even they list all the cities in the game. I'm not too sure if the dungeons are in randomly generated locations or not, though.

Just make sure, I travelled to Burgley in my game (The page was created by The Rim of the Sky a little while ago), and it was in the exact same location on the map. The tavern and the two Stores had the exact same names as well. — Fire Wolf Pup (talk)  08:42, February 2, 2015 (UTC)

I haven't done too much for Daggerfall content. Maybe when I get around to adding all of the notable NPCs in the game I can take leadership of the guild, but not right now. ☞ Rim < Talk | Updates | Edits > 08:39, April 8, 2015 (UTC)

Sorry for my late answer. Since you are the only active member of the team, you should redirect yout question to CCC :p But yeah i think you should take position to become the GM.--Emperor Jarjarkine

All right then. I will be sure to write this down. Thanks for letting me know and good luck. If you need anything, just ask me or Jarjarkine.-Cheatcodechamp (talk) 07:51, April 20, 2015 (UTC)

I am asking that Team Daggerfall fall find some new good articles that we can show of and potentially use as featured articles. If you can look for some, and get the guild to help, that would be great. I left a message on the guilds wall as well.

I hope everything is going great. If you need anything just ask. Until next we speak thanks and happy editing.-Cheatcodechamp (talk) 06:03, April 28, 2015 (UTC)

Welcome back, I hope all went well.  I have been gone the last two weeks and I am having trouble getting back into my old patterns again. Anyway, I welcome you back and with you happy editing.-Cheatcodechamp (talk) 19:40, June 20, 2015 (UTC)

Hello, I would like to assist you guys in team Daggerfall by joining you with the intencion to expand pages from cities.

Sure! I haven't gotten very far adding content from them yet, but I have created a Characters (Infernal City) article and expanded some articles with content from the books. If you want you can record all major characters in the page that I linked (some of the ones I initially added are not exactly notable so I might remove them).

It's organized by chapter (characters that appear in more than one chapter only have to be listed once), so it shouldn't be very difficult to continue. Lord of Souls needs that too, and they both need more subpages for items and locations and chapter plot summaries and all that.

I was also thinking about adding a Table of Contents for the books on their articles listing the page numbers of chapters. Could be helpful for readers and editors. And of course we need to add content from the books to other articles (referenced as out-of-game). Any way you can help out with this would be a tremendous aid. I'm not going to be here again until September (vacation) so you'd probably have to talk to Kora Stormblade about the project details in my absence. Have fun! —Atvelonis (talk) 21:11, August 11, 2015 (UTC)

Hey,  I am here hoping to get an idea how you feel about the Arena guild.  As of now, you are the most active member, and you have been inactive for a week. I am trying to feel for a pulse before I decide on anything, but if the Arena guild is inactive, we will have to look into disbanding it.

I am sorry to hear that, I was hoping to see all the guilds work out. I would encourage you to keep using the guild member template, you where still a member of that project. The other two members are long gone, so I think you are the only voice we needed to hear on this matter. I will mark the guild as closed, maybe in the future we can examine this guild again.Cheatcodechamp (talk) 20:26, September 7, 2015 (UTC)

I've taken an interest in Daggerfall and wanted to know if you would have an issue with me taking over as guildmaster? I've done a bit of editing on Daggerfall (mainly, just adjusting the infoboxes on all of the locations, but that's a start) and I think I want to stick around with editing Daggerfall. I do have Daggerfall installed on my PC, so I'll be able to add pictures to articles, as well as general information.

Retrieved from "https://elderscrolls.fandom.com/wiki/User_talk:Emperor_Maximus?oldid=2215218"
*Disclosure: Some of the links above are affiliate links, meaning, at no additional cost to you, Fandom will earn a commission if you click through and make a purchase. Community content is available under CC-BY-SA unless otherwise noted.