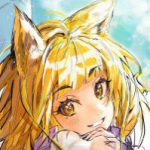 Re: Reiklings and Dune Edit

To add a flag to an article (or remove a flag from one), you have to hit the little tab with the down arrow next to the edit button and then click "Flags." A list of templates should appear in front of you; just check/uncheck the ones you want to add/remove and enter any relevant information if necessary. We use flags for all of the templates listed there except for {{for}}, {{confuse}}, etc.—you would use it for stuff like {{redlink}}, {{attention}}, and so on.

You could make a huge number of comparisons of that sort, unfortunately. We've amended the trivia policy a couple of times in the past few months and as it stands, adding trivia comparing two sort of similar entities is not deemed relevant. If X was influenced by Y or something more direct (e.g. Nords and Vikings... very obvious) it is allowed, but the example you gave does not have enough backing it to need to appear on the article. I could compare any two things and say that they are similar—Riften compared to Venice, or Nirnroot to dandelion leaves, or any number of other things, but those neither hold any water nor give the reader any truly useful information. You can add trivia facts, but a few vague similarities aren't quite enough. —Atvelonis (talk) 23:54, October 13, 2015 (UTC)

do you really in las vegas

I didn't check out the links when i reverted your edit. Anyway those should link to the the articles we have for those items in that game rather than the wikipedia articles. Feel free to fix them if you want. Appearantly an article for the sapphire will need to be created.

I only had 2 days left till I got to see that movie, and after being told you would be banned if you spoiled it you go ahead and do it anyways? You did it after you knew I hadn't seen it, might I add, and you go ahead and ruin the whole experience for me just for craps and giggles?

You're a giant prick. I would use a whole rainbow of other words here but I can't, but just know that that was an extremely crappy move on your part. --Kora Stormblade (talk) 05:23, December 31, 2015 (UTC)

Retrieved from "https://elderscrolls.fandom.com/wiki/User_talk:Filename?oldid=2075752"
Community content is available under CC-BY-SA unless otherwise noted.