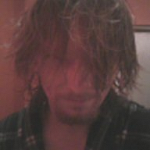 Hiyas gang. Well, my efforts to get clear of my workload have failed so far, obviously, but I'm refusing new jobs now so by December I'll be back at last. Maybe not every night at first, but at least on a regular basis. Sorry for my ridiculously long absence from the site and for the missed emails to the two of my friends who bothered to stay in touch. Wound up getting locked out of my own email due to a change in my IP address vs. my security settings. Didn't have the time to mess with it much but I finally bit enough heads off to get back in. >.< There'll be stories to share, to say the very least. I'll be back in a few nights but Happy Halloween to those who do it, and have a blessed Samhain for those of the faith.*leaves monstrous tray of cookies and bacon for all*Gaminomicon (talk) 01:08, October 29, 2015 (UTC)

Hey Gamin, I was looking over some of our Morrowind-related lore articles (of which there are rather many) and it occurred to me that perhaps the lore guild and Morrowind guild could do a collaborative project to fix all of them... if you are up for it. Articles such as Morrowind for example have a lot of sort of incorrect statements which I know nothing about, but yourself and the lore guild surely do. Would you be interested?

Also, in case you haven't heard already we are planning a weekly "moot" to discuss issues and suggestions and all that. Get some input from the community. Considering you are the leader of the Morrowind guild, I would very much appreciate it if you came to them (the first one is this Saturday at 8pm Eastern), I'm sure you could offer some helpful advice. Happy editing! —Atvelonis (talk) 16:44, June 24, 2015 (UTC)

I'm afraid this project will have to fall to the new master of the Morrowind guild. I am unable to create the required free time to enjoy anything, period. I have hundreds of images left still on my other pc that I have yet to find time to upload let alone add to articles. My only input is this: Morrowind lore is not terribly involved and in almost every instance the exact information is found within the Construction Set although it is very tedious to extract at times. User:Mondblueme would be extremely helpful having proven to be capable of said extraction as evident in her dialogue editing.Gaminomicon (talk) 05:40, July 1, 2015 (UTC)

Well this entire section just got screwed over by a glitch on my end. Expect a lengthy explanation when I get to return. >.<Gaminomicon (talk) 06:13, July 1, 2015 (UTC)

Trust me, mine is working fine. I just haven't had the time recently to log on, because of school and other such things. However, school is out, so I'll be able to work much more often on the wiki as of right now. Thanks for being concerned, though. Herobrinetrollin herobrinetrollin's talk page 19:06, July 10, 2015 (UTC)

I thought it best to tell you that I've returned to the Wiki (for the time being) to aid the Morrowind Guild in the expansion of The Elder Scrolls III: Morrowind and co. It is more appealing to do so now, as when I was tackling the Morrowind and Tribunal quests over a year ago now, I was almost entirely alone. Anyway, tis good to see the positive impact the Guild is having, and I will endeavour to help as best I can.

Hey, I wanted to let you know some things have gone on. Please note that this is not due to lack of respect, but due to your inactivity we have marked you as inactive and a retired member of staff. You still have your rights at the time I am writing this, but I am unsure how long that will remain so. We do miss you here, and we hope a speedy return.

Email me when you can, I now I am not always fast to respond, but I am worried about you, even more so when you tell me of health problems in your last email.

Hey Gamin. It's nearing the end of December and you still haven't made a comeback yet. The decision that was made regarding your patroller tools was that if you start editing again regularly by December you will keep the position, otherwise it will have to be taken away. If the New Year comes around and you still haven't shown up, I'm afraid that we're going to have to take away your tools. If for some reason you can't come back until sometime next year, you're free to re-apply for patroller when you do return. It would be fantastic if you were able to come back before then, though! Hope you're doing well, and have a merry Christmas and a happy New Year! —Atvelonis (talk) 16:10, December 25, 2015 (UTC)

You still haven't made a return... so unfortunately we've had to remove your tools. Hopefully this is a temporary thing, but that's up to you now. Hope to see you soon. —Atvelonis (talk) 21:39, January 1, 2016 (UTC)

Retrieved from "https://elderscrolls.fandom.com/wiki/User_talk:Gaminomicon?oldid=2055617"
*Disclosure: Some of the links above are affiliate links, meaning, at no additional cost to you, Fandom will earn a commission if you click through and make a purchase. Community content is available under CC-BY-SA unless otherwise noted.