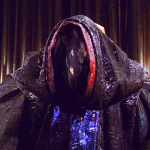 Just came here to say goodbye. I didn't get you know you nearly as well as I would have liked to, and I'm hoping that you come back to the wiki someday. I wish you success in whatever you've decided to move on to. Farewell, Ghost. Atvelonis (talk) 14:58, January 16, 2015 (UTC)

Hey Ghosty, i just wanted to say farwell to you. You've been a great friend and a great teacher if i could say. You told me lots of things and helped me alot and i cannot thanks you enough for what youve done. You managed to become patroller and then Administrator. I'm really proud of everything you'Ve done. So, i hope i'll see you again someday ! Emperor Jarjarkine

Hey Ghost ! I just wanted to telk you i'm finally administrator of m wikia. Since the 18 february. So, i just wanted to thanx you for everything you've done for me, the advices and everything i hope you'll come back once ! Emperor Jarjarkine

I doubt you will see this anytime soon, but I hate editing peoples private content without telling them. I edited a link in your sandbox that had been broken. I am trying to clean up the redlinks caused by recent projects and your sandbox was on the list. I hope you do not mind.

Retrieved from "https://elderscrolls.fandom.com/wiki/User_talk:Ghost_Anubis?oldid=1882565"
*Disclosure: Some of the links above are affiliate links, meaning, at no additional cost to you, Fandom will earn a commission if you click through and make a purchase. Community content is available under CC-BY-SA unless otherwise noted.