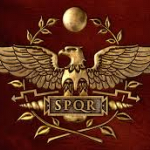 I would have loved to have joined, but unfortunately (well, fortunately) I was in Barcelona on a cultural trip with my school, and then I promptly went camping for a week. I've been a bit out of touch, you could say. ._. ParanormalAndroid (talk) 21:08, August 2, 2013 (UTC)

How do you do the support cross symbol?

I could use some help with the Morrowind pages. If you want to help and work as a team message me

Bribing haralds to speak of events that the Thalmor may or may not have done.

Disguising as a guard and killing innocents or taxing people too much. The Seller of the Pickles, and the Guardian of the Mudkipz

Most of the time I can, barely. I pretty much ignore him now, he tries to direct the plot and does META things. I won't throw him out as I really don't care, so I just ignore his actions unless he does something really bad. ＵＡＭ (talk) 15:41, November 17, 2013 (UTC)

"Uncle Timeoin"? I like it! (Much better than Grandfather Timeoin ... it makes me feel like William Hartnell :P) Anyways... I didn't actually know about it until just now - but I have given the person a 2 week ban. (More severe because this is not the first time they have done this). Lets hope they learn their lesson this time Timeoin•Say G'Day•View my work 11:56, November 19, 2013 (UTC)

I know you're angry about Sailor's Repose, but I do hope you'll look past it. The thread was suddenly abandonned by half the players, so the story simply... stopped. I promise that I didn't do anything to slow you down. Everything that happened in that story was entirely up to the players, I merely set the premise and made the characters come to life.

On another note, I remember that you spoke about starting your own Role Play. I remember the details, and I do hope we can work together, on this.

Pickle and I just cooked up a new adventure. Might be a chance to prove that you still got it! Check out "The Funeral of Mournhold".

Gold, I have removed all of my Wiki friends from my Steam friend list in an attempt to salvage my RL friendship with Chris.  It causes him pain when he comes to my profile.  We work on stories together.  The CoW debacle was the worst thing that could ever have happened.  He was deeply offended and I must say I wasn't happy about it either--especially some of the final comments, which of course were emailed to him in his notifications.  He has deactivated his account now and nearly deactivated me.  So, I'm sorry.  (Rider (talk) 23:55, December 2, 2013 (UTC))

Hi, Gold. When you see someone messing around with the articles, use the Vandalism in progress page, as it is frequently checked by the admins. Thanks, though. Few people take time to tell someone about ongoing vandalism. —Sky Above,Voice Within · Show thy Voice! 21:27, December 29, 2013 (UTC)

I am guessing that you have Total War Rome 2 beause of your profile picture. Do you know how to disable cutscenes. They have been causing loads of problems for me and I want them gone

You know, I'm really sorry I acted like such a child before. I should've just kept my cool and improved what people said was preventing me from becoming a part of the staff. I still want to become one. I've tried to cut back on the arguing drastically, and actually do moderator suited tasks. But I just wanted to tell you that I'm sorry that I acted so badly. Zippertrain85 (talk) 02:00, January 16, 2014 (UTC)

That's why Forum Moderators need the ability to lock threads. But we, as far as I understand, can't have it due to the lack of custom right setups. Blame the Wikia.

Anyway, we may need a page similar to Image Requests or Reports so Forum Moderators, such as myself, could inform the admins that certain pages need to be closed. Hmm... I think that could be done with a bot.

I'm not suggesting a bot, that closes all the old threads. I'm suggesting a page, where a Forum Mod posts a link and a reason for closing the thread. Then the bot goes to the linked page, closes the thread and fills in the reason, that the Mod wrote.

Hey,this is just to remind you that you're welcome to the"The Markarth Wedding" RP and that we're still waiting for your char :) Let me know,

I assume he's an Imperial, since he does seem to be tanner than the Nordic Children in-game and his name doesn't sound Nordic. How the idea that he was a Nord ever came to pass is beyond me, but I will look over the page and try to clean it up. I also was going to fix that space error, but I couldn't edit at the time due to a "surver full" glitch. I am Sylar (talk) 00:19, February 8, 2014 (UTC)

Actually, there are more than one lowlife, and "they" has been considered a more preferable neutral noun than "he/she". It is also correct in the Dragonborn case, as the Last Dragonborn is a player character. Of course, this could always use discussion. —Sky Above,Voice Within · Show thy Voice! 15:39, February 8, 2014 (UTC)

Just to further clarify regarding the Dragonborn, this has been discussed on the Consensus Track board, and the decision was made to use the second person plural when referring to the Dragonborn because it is gender neutral. We talked about using comstructs like "he/she", but it was ultimately decided that they are too clunky. Cubears (talk) 16:09, February 8, 2014 (UTC)

FYI, the consecutives days editing calculation is done using Greenwich Mean Time (time in the U.K. without any daylight savings adjustments), not your local time zone. So, you must be in the Central US time zone (or one in South America), because that is GMT - 6 hours. Note that when daylight savings time kicks in, you will be GMT - 5. Cubears (talk) 04:00, February 23, 2014 (UTC)

Don't forget to vote for one as well (or add a name, of there's one you want added).

D'you remember this? 'cause Jak made a reboot and long story short he abandonded it. So I made a reboot! That's short of players. So, yeah, join. Even though you probably have no idea who I am.

Retrieved from "https://elderscrolls.fandom.com/wiki/User_talk:Goldflame33?oldid=2564520"
Community content is available under CC-BY-SA unless otherwise noted.