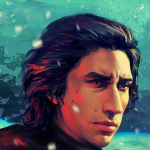 Your Thread and Idiocy Edit

Want a note for the future? Do not randomly insult people in public. You came off as an assaulting idiot. And bringing me up in that thread was unneeded and unnecessary. So, gladly, Shut the fuck up.

You were banned (again) due to provocating people in the chat (once again), which is disruption and trolling combined, and because you have shown not a single sign of improvement from your previous behaviour and because you have directly ignored mine and Miraak Obama's warnings in the chat. Pelinal Whitestrake (talk) 14:58, October 4, 2014 (UTC)

Hmm... I can tell from your tone that you think that you are in power somehow. Funny because this is a wikia not a job. I've tried to calm down but... when someone insults someone else, I guess I feel like I shouldn't let that slide. You haven't even kicked Shawn even though before I even said anything to him he bothered a User until she left. He was bothering The pheonix666 about her name saying that the 666 was a bad imitation of the devil. She then left chat. So I don't really have any fucks to spare. $50 bet that you will call me out for cursing, even though Shawn told me to "Shut the fuck up" 5 times and called me a "cunt". Also if you can read, you can just slightly angle your eyes upward and find proof that I have been told (6 times) to "shut the fuck up". Isn't that kind of harrassment? Frozen Pizza and Kool-Aid (talk) 15:58, October 4, 2014 (UTC)

Reopened New Ruler , if you're interested. Spartan Jack is back so... See you there? Maybe?

Do you remember the Quest at the Drunken Wolf RP thing? You didn't join because you thought you didn't have time. After Jak abandonded the reboot (of a reboot) I started another one but it needs more players. The updates would only be around once per day, so time wouldn't be that big a problem.

Retrieved from "https://elderscrolls.fandom.com/wiki/User_talk:Harkon_Romney?oldid=1922777"
*Disclosure: Some of the links above are affiliate links, meaning, at no additional cost to you, Fandom will earn a commission if you click through and make a purchase. Community content is available under CC-BY-SA unless otherwise noted.