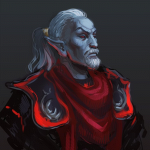 Firstly - yay! You archived your talk page (I should probably do the same soon).

Secondly - that seems like a really good topic for this week's moot. (Not that I dont think what you suggested is an INCREDIBLY good idea - I really do. This just lets everybody be on board with decisions and such.

(Also, yeah - Im finding that a lot of the items are located in a few different areas, such as "Deerbone Comb" and other common items. Oh, and here on the Imperial Library, someone has combed through source code (at least, I HOPE thats how they did it?! to do a complete list. Its not sorted by rarity, however. Timeoin•Say G'Day•View my work 20:10, March 9, 2016 (UTC)

Sounds like a plan - and moots are good places to discuss things, because theres quite often good ideas that come out of them. Timeoin•Say G'Day•View my work 20:24, March 9, 2016 (UTC)

If the NPC only has a line or two and you don't have any input (like Meluse Scribonia), it should be added in the {{Quote}} template at the top of the article, and any additional ones should be added under a ==Quotes== section. —Atvelonis (talk) 19:24, June 1, 2016 (UTC)

It doesn't really make sense to call it a conversation when there's only one person speaking. It's better to differentiate them. —Atvelonis (talk) 23:24, June 1, 2016 (UTC)

Re: Stubs on Character PagesEdit

Ok, I'm not entirely certain what I'm doing wrong. I just removed the stub tags I added after I received your first message. Then you sent the message "Dude, you keep doing it anyway, you'll clean it up afterwards." The Cat Master (talk) 17:29, June 17, 2016 (UTC)

There are also a lot of potion pages, quantity of pages really shouldn't be a problem, after all it's a wiki, which exists to obtain info. It's an item so it deserves a page. And not being able to add much info shouldn't matter either. Once a page is completed it's completed and there's no need for more info. As an example the Vampire Dust page. It's completed and doesn't need more info, if there's anything to be added to begin with. If we were to make a list page for every item, ingredient, armor, weapon, etc. Than there would only be like 7 or so pages per game.

I saw that Soul Gem Lore project you've been working on was listed as 'Abandoned Projects' on your profile. Why is that exactly? It looks like it could make for a very interesting and promising article.

Just informing you (as was discussed in chat) you've been banned from chat from 7 DAYS for posting a website link with know pornographic content ,regardless if you saw none due to addblockers or not this still violates the rules. If you have any issues with this ban or feel it was unjust in anyway please contact any chat mod or admin Blitzbear93 (talk) 23:29, January 25, 2017 (UTC)Blitzbear93

Retrieved from "https://elderscrolls.fandom.com/wiki/User_talk:Ikabite?oldid=2318340"
Community content is available under CC-BY-SA unless otherwise noted.