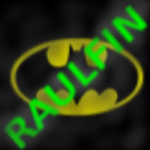 Ah, okay, I think in know what you're talking about. It is because they are new categories and they won't show up in the list right away. It may take a few hours to register. —TombRaiser 21:50, May 25, 2012 (UTC)

Hello there, Jay! You've been doing an excellent job around here on the wiki. Thanks for creating the category regarding replicas, however, we've decided that the subject wasn't notable enough to deserve a category for it. Because only a small number of articles would qualify to be in the category, we've deemed it too specific. At any rate, keep up the great work. If you ever have any questions, throw a message on my talk page or jump on the chat. And here's a little something for your hard work:

Hello, Jaymz6. You have new messages at Deyvid's talk page.
You can remove this notice at any time by removing the {{Talkback}} template.

i have to wonder whats with the seprate edits are you just farming for points or something? (Twilightdragongod (talk) 04:22, May 27, 2012 (UTC))

It's set to highlighting all rows in a table, and this is technically still one table, just divided up with four rows. Why not just have it list by two rows? The problem would be solved that way. —TombRaiser 21:55, May 28, 2012 (UTC)

Your doing a great job with your recent work on console commands. It's refreshing to see editors taking some initiative and doing big projects like this. Thanks!

For Oblivion regular non-enchanted Armor, splitting by light and heavy would make sense as it is how the game classifies them.

For regular non-enchanted Weapons, it would be best to again use the in-game classification, so Longswords, Shortswords, Daggers. However for the huge number of random enchanted weapons it would be really nice to have these organised by the Enchantment - for example "Fire Damage" would list all weapons with that have that enchantment (such as Battle Axe of Embers), but this is a lot of work as there are so many weapons.

The information looks good. I'm not sure we need the giant number images though as the remaining ranks can only be gained by the use of console commands and when done there are no images, it's just blank. I've tested this in the past because I was curious about it, and nothing showed up in the Faction list except the rank name. Other than that, I'd say you've done a pretty good job fixing up the two pages. —TombRaiser SPEAK! 17:13, June 21, 2012 (UTC)

If you are creating links, there is no point in pointing them to disambiguation pages as someone will need to fix it later

[[Males]] for an Oblivion character isn't useful but [[:Category:Oblivion: Males|Males]] is. Same for "Redguard".

It's cool man. Just wanted you to know so we don't create more work for ourselves later down the road.

I don't they are generic NPC's, arent they:

Perhaps it would be less copious to format Items (Oblivion) like Items (Skyrim), linking to smaller, specific lists, rather than listing all items on one page? Either way, the information, as it is appears in your sandbox, seems slightly messy. Maybe a table could help with categorizing the information? --—Deyvid Petteys (bother \ stalk) 21:17, July 17, 2012 (UTC)

Can't wait to see what you cook up for these lists, Jay. To help with your endeavor, I created templates for Knights of the Nine weapons and armor. Here they are:

Also, congratulations on being nominated for member of the month. Feel free to review your nomination and encourage other editors to vote there. No voting for yourself, though. :P --—Deyvid Petteys (bother \ stalk) 01:54, July 18, 2012 (UTC)

Hi there. In regards to the tables you are adding, it's probably best to only add the following only once at the bottom rather that several times on a page:

It looks much neater that way. Great job btw!

Hey Jaymz6! Sorry to hear that you didn't win Member of the Month this month. Maybe next month? At any rate, could I convince you to categorize the images you recently uploaded? All you have to do is add {{OblivionArmorImages}} to the file's page. Replace all content with that template, and you're golden. Also, can you please not add links to pages in the "description" section when you upload an article? You did that recently and the file you linked to was delete, which caused upwards of 9 or 10 redlinks to be stuck on the wiki; they can't be removed without deleting those images and re-uploading them. Kind of a pain in the gluteus maximus, ya know? Happy editing! Can't wait to see more amazing contributions from you :D --—Deyvid Petteys (bother \ stalk) 23:46, August 4, 2012 (UTC)

The template also auto-categorizes the images, so you don't have to worry about putting them in the right place. All image types for all games have templates like this, just so you're aware. Don't worry about the redlink to that file. I was able to remove all mentions of it, by deleting the old file versions of all the images you uploaded. I think it was only Iron Armor files or Imperial Legion armor. One or the other. Either way, it's fixed now. --—Deyvid Petteys (bother \ stalk) 01:08, August 6, 2012 (UTC)

Hello there, fellow TESWikian! A few things to discuss with you. First, I have recently made a proposition for the formatting of Bugs on articles. I would greatly appreciate your opinion and suggestions here: F:CT:Flagging bugs. Additionally, two new TESWikians are applying for staff positions. If you have not yet voted, please do at the rollbacker page and the News Team talk page. And give your opinions on Balgog and Senjai. Talos guide you, friend. :D --—Deyvid Petteys (bother \ stalk) 06:55, August 7, 2012 (UTC)

Hey Jaymz6! Recently, in the IRC, we've discussed possible candidates for new Patrollers on the wiki. During the discussion, your name was mentioned as a suitable candidate. So far, you've expressed great dedication to the wiki and contributed a great deal.

As you know, patrollers scout the Recent Changes and New Pages for potential vandalism. With one click, you can revert multiple undesirable edits from a single user. Additionally, you can forward vandals to admins on our talk pages, or by reporting the culprit on the vandalism notice board. But you know that already. If this sounds like too much for you, that's okay; I will withdraw the nomination. Otherwise, spread the word of your nomination and encourage others to vote. :) --—Deyvid Petteys (bother \ stalk) 05:59, August 8, 2012 (UTC)

Nine votes for "yes" and POW! rollback rights. You're the forth patroller I've successfully inducted into the brotherhood. Accept my accolades, good sir. On to the formalities: read more about the patroller's duties at TES:PATROL#Duties and privileges. By default, all patrollers are given custodian tools. You have already had this tool for several weeks now, but here's the tutorial anyway: F:CT:Informing you all - Custodian usergroup. Congratulations! Use your power for good! --—Deyvid Petteys (bother \ stalk) 05:05, August 10, 2012 (UTC)

I was that you are working on the oblivion gates and i think you have a slight mistake.

when it comes to most of the gates (the exceptions being the kvatch gate, the battle for bruma gate, and the cheydinhall gate) are always random. Im pretty sure the Chorrol Gate isnt always that same gate with the five doors you need to open.

Its been awhile since i played it, so i may be wrong, but i would double cheak to make sure about that.

PS, there is a way to not have to solve that puzzle for that gate, i always just jumped down once i got into the main tower. i took a beating but as long as you dont miss the ledge your fine

Ok, i think we are saying thr same thing then, the gates inside is random, except for the few. i just wanted to see if i read it wrong or i missed something. but since you have played the game more recently then i have i guess you would have a better idea either way.

Thank you so much for revising Skyrim's Console Commands page! It's now much easier to use, as well as nicer to look at. Great job!—This unsigned comment is by Lastarael (talk • contribs) . Please sign your posts with ~~~~!

hey man can you talk to getgroudhog his anger comments are clogging up the avitivy page.(Twilightdragongod (talk) 02:58, September 9, 2012 (UTC))

The image without the background Edit

The tilde key is NOT the button that brings up the console window and it certainly is not the button below Escape and to the left of the 1 key. That is a backtick key. --Speysider Talk Page | Tabber Code | Channel 06:43, September 12, 2013 (UTC)

Then make it clear that it's different, instead of making it vague and wrong for those who are outside of the USA. --Speysider Talk Page | Tabber Code | Channel 06:50, September 12, 2013 (UTC)

Since Bethesda does note that US and UK keyboards have different layouts, it's probably best to be specific and go with Bethesda's info. So the current revision by Speysider should stay as it is on the Console Commands (Skyrim) page. —TombRaiser SPEAK! 19:48, September 12, 2013 (UTC)

Retrieved from "https://elderscrolls.fandom.com/wiki/User_talk:Jaymz6?oldid=2031564"
*Disclosure: Some of the links above are affiliate links, meaning, at no additional cost to you, Fandom will earn a commission if you click through and make a purchase. Community content is available under CC-BY-SA unless otherwise noted.