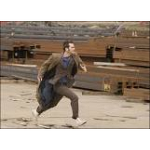 aka Jett Cyber... What else?

1. I am not Atheist. I'm...something, obviously, but not Atheist. I am prepared to accept the existence of whatever proves itself to be true. If I die and end up in hell, then I'll believe it exists. If the god Loki decides to yell at me, I'll believe he exists. I just kinda go with the flow.

Ah. Thank you for telling me the name. I agree, actually. I have family who are Atheists and I feel quite sorry for them, because they must believe something concrete and most likely horrible about life and death. Life is meant to adapt, I think, so I like that better. :) - WorshipsMeridia 71.61.177.24 21:21, September 17, 2013 (UTC)

Can you ask staff member's about your Blog problem ?Edit

I've noticed you have left messages and links on a couple of unrelated posts in the forum's. The last one I saw was 'What's the wierdest thing thats happened in Skyrim' not 'What's the weirdest thing thats happened on the wiki'. I'm sure you can leave a message on the staff talk pages instead of trying to get answers on unrelated posts. I know you're getting frustrated but try talking to the other user's instead. Just a suggestion. PS Sorry not interested in Blog, I have read. —This unsigned comment is by Conan's Armpit (talk • contribs) . Please sign your posts with ~~~~!

Hi Jett.. Do you mean it didn't show up under your blogposts? It is there now and it does take a little while after one has written it before it appears. I know as I asked the same thing once in a while.. If that was what you ment.. —EbonySkyrim Message! 21:58, October 20, 2013 (UTC)

Ok, I see what you mean. I'm not sure but a guess is that some pages updates less often than others. Some updates at once.. Wait until later and have a look then. —EbonySkyrim Message! 22:20, October 20, 2013 (UTC)

Just adding to this... 5 hours after I had written the second post I had a look and the page had updated with all recent blogposts.. So it does appear but it takes some time sometimes. So one sometimes has to be patient. :) —EbonySkyrim Message! 22:02, October 21, 2013 (UTC)

Is it alright if I delete the Stormcloak Thread you made?

It's obviously not going the way you wanted it.

I do not see any problem with that. If they did, they would have to ban me, as my wife uses the same IP address as me (living in the same house and all). So... tell them to go for it. That is okay. What isnt okay is when people do what LH did recently, and use multiple accounts to try and avoid temporary bans. (Or anon users using sock puppetry, i.e. changing IP addresses) to do the same thing). Hope this answers your question. Timeoin•Say G'Day•View my work 12:53, November 1, 2013 (UTC)

Any luck breaching the boundaries of Skyrim?

Hi! If you've got the time, do you wanna roleplay a side story from the Imperial Society Forum thread?

It's called The Fate of Blackreach, and it's posted on the roleplaying thread.

I've gtg for now though, since there's a problem with my Internet connection.

I'm the second person to Vote Coolest Wikian on your poll. :3

Idea for a comedic "roleplay" Edit

Just got a new idea for a funny roleplay/topic called: The "Giants' Aeronautics and Space Administration" Program. GASA is the equivalent of NASA, but they send people to space in the Giant's way, if you know what I mean. XD

Wanna join? If so, we should invite people who like to join too.

P.S. I'll be posting it in the Roleplaying forum.

About the RP thread... Edit

Sucoy Jett ! I pretty  liked  your novel ! SO do you want to be guest of my New magazine of the wiki? Check out my sandbox ! Administrators, patroller and all staff likes :) If you do a blog, you'll be guest in my non-interview blog and mabye in m interviews too :P Check my SandboxTalk page Emperor Jarjarkine Contribs 13:02, February 16, 2014 (UTC)

Jett Cyber, please do not Un-Ban Batrada. His Ban was rightful. And quite frankly, you dont really deserve your position as Chat Moderator, as you are rarely on Chat, and you didnt really do a Chat moderator stuff when you were on earlier.

Retrieved from "https://elderscrolls.fandom.com/wiki/User_talk:Jett_Cyber?oldid=1465692"
*Disclosure: Some of the links above are affiliate links, meaning, at no additional cost to you, Fandom will earn a commission if you click through and make a purchase. Community content is available under CC-BY-SA unless otherwise noted.