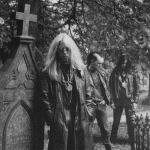 Hey there, I kind of left that Role Play thread because some of the people get a little rediculous, but if you want to try something new I have a YouTube Channel where I'm making a community character and my subscribers get to decide what it does after I create it.  You can get to it using the "My Website" link on my profile page here.  So join me there for a new kind of community role play! PsijicThief (talk) 16:48, April 23, 2013 (UTC)PsijicThief

I made this rp. There's no advanced storyline so nothing preventing you from joining... Nait Nelthar (talk) 19:53, August 6, 2013 (UTC)Nait Nelthar

Hey KoC, I saw your comment on User_blog:Jimeee/Elder_Scrolls_Online_will_be_subscription_based and went ahead and deleted it, since you said "and I can't delete it". If you didn't want that to happen, please message me and i'll revert it ;) Kennyannydenny (A question is never stupid, only he who asks it) 21:23, August 23, 2013 (UTC)

What thread are you talking about? Ability is what you can do, motivation is how much you do, attitude is how well you do it. (talk) 22:03, November 1, 2013 (UTC)PsijicThief

You have an Urban Dictionary definition! http://www.urbandictionary.com/define.php?term=KoC&defid=3217330

The Seller of the Pickles, and the Guardian of the Mudkipz

You can apply yourself

sorry but i already added an update section to my most recent blog detailing the imperial edition, the pre order and the new trailer

and i just saw your succesful application so welcome to the news team! i ussually keep up to date on stuff as fast as i can, but if i skip a beat feel free to create a blog. just dont forget to follow the guidelines, and refrain from using the first person, since we want to be using the same formatting that any article on the wiki uses, impersonal and neutral tone. if you catch something before i do or around when i do and wanna make an update then just let me know, since we were used to having just 1 member at a time and don't want to put out 2 updates on the same subject.

I'll make sure to write one about you, next time. I try to spin verses for everyone, but I can't very well have half a million verses and choruses on my profile, can I? Don't worry, yours will come.

I'm rarely on chats, anymore. I guess I could try dropping in later, this evening. Or whatever counts as evening where you live. Also, your song is up. I hope you like it! :}

The shadow moon wiki is gonna start again. ! If u could help with grammar or pages, it would br amazing ! :)

oi u forgot to add this to ur page !! Template:News Team

Why did you ban me?

Is there any specific reason you banned me?

can you please tell me what i have done wrong? i apologize truly. i admit im stupid im told it constantly. i just want to fit in somewhere and learn.

Hey DDH here are you going to keep writing the leotheoria series?

Hi, due to inactivity I have removed you from the newsteam, if you like to apply again later you are welcome. —EbonySkyrim Message! 16:32, August 22, 2014 (UTC)

The Milkman has also been inactive and he was moved there months ago, I removed the flag for him too. —EbonySkyrim Message! 06:00, August 23, 2014 (UTC)

Let us make it our mission that every time both of us are on chat and we each have time, we need to start listening to the entire Morbid Angel discography. Starting at Alters, or the demos. ShawnHowellsCP (talk) 23:12, November 3, 2015 (UTC)

You still on Wikia? Edit

Do you still connect to Wikia at any times? RP has ended on this particular Wiki but there is another, the Sandbox. I am attempting to get the entire gang back together and directing them all to my RP over there http://tes-sandbox.wikia.com/wiki/Thread:211353 So far hamster has joined and I have gotten in contact with two others from the old gang. Hope you see this. Keeper, the Nelthro (talk) 13:04, July 31, 2016 (UTC)

Retrieved from "https://elderscrolls.fandom.com/wiki/User_talk:Knight_of_Camlorn?oldid=2447384"
*Disclosure: Some of the links above are affiliate links, meaning, at no additional cost to you, Fandom will earn a commission if you click through and make a purchase. Community content is available under CC-BY-SA unless otherwise noted.