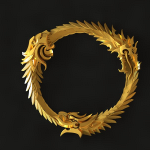 If i may ask, how are you getting images for the NPC's in Dragonborn?

I use Prnt Screen on YouTube Vids, then I use Paint to crop out inappropiate/irrelevant content, then publish. Simple.

Do have the consent of the uploader? While we need the images, and yours get the job done. you need the go-ahead from the user who put up the video. Cheatcodechamp (talk) 21:03, December 4, 2012 (UTC)

I just contacted the uploader, I shall hold up any images until I get a reply from the email. TheLeadingContributer (talk) 21:13, December 4, 2012 (UTC)

Thank you. Im sorry that we cant just use the images, but we have to protect the wikia from geting into any kind of trouble. If he says yes, you will need to give him credit on the image. just add his youtube name to "source" and that should work.

If he says no let me know and we will handle it from there.

Ok, thanks for the message. I shall continue until further notice. TheLeadingContributer (talk) 10:07, January 27, 2013 (UTC)

I noticed you been posting pictures for The Elder Scrolls V: Dragonborn. That's good, but they contain a lot of UI elements, which are considered distracting. You can remove these by going to options then to video (or whatever it's called, it's been a while since i've played). There will be options to remove the crosshair, general subtitles (which is the info that comes up when you put the crosshair over something), and HUD opacity (which can be turned to 0% and made invisible). You may also want to sheathe your weapon first as well. Removing all these external elements makes the image appear more objective, and not seem like they are from the first person, which is what the wiki is going for.

Fuck me, I should have read the reast of your page first. >_>

Nice weapon you have there. It'd be a real shame if it GOT LOST. Edit

That's some fine Daedric Warhammer, ya got there friend!

Please use the unmarked locations template as used on Shrine_of_Talos_Massacre as it auto adds the lead and category.

The guy you reported was blocked by wikia staff, thanks. Out of interest, what was the image he posted?

Male Human Genitalia. Which he spammed on a few pages as well as my own profile page. I reverted it all and reported it to the Vadalism Page.

Hi, according to the page there is no category named like that. Look at the top of the page. Category:Skyrim: Possible Stewards. To be honest I don't know if the category is necessary. I'll have to ask the other admin before I do anything. EbonySkyrim (talk) 18:21, September 30, 2013 (UTC)

Hey thanks for reverting that Vandlsim I reported him or here and they probably will be blocked. Once Again thanks Crazy131 (talk) 19:31, January 18, 2014 (UTC)

Hi, can you please add license and categorize the images you upload. You can in source mode add {{SkyrimLocationImage}} and it adds both at the same time. Thanks.. —EbonySkyrim Message! 20:29, January 26, 2014 (UTC)

Could you please stop adding the incomplete template to ESO articles? It's rather difficult to gather information on a game that hasn't been launched yet. —Sky Above,Voice Within · Show thy Voice! 15:00, March 8, 2014 (UTC)

Well, all the information gathered from the BETA should be put on the special page for ESO, not individual pages yet. As well as the information gathered via official websites/sponsors should be sourced, hence why I marked them as incomplete. On another note, what information was put in on those pages was that of inexperienced editors which lacked working links and templates... So I see nothing wrong with marking them as incomplete until an experienced Editor can set them up properly... TheLeadingContributer (talk) 15:45, March 8, 2014 (UTC)

Hello. I hope this message finds you well.

The wiki has started a new project called Guilds. Guilds are teams of editors who focus on key sections of the wiki to help them.

On your profile, you have marked you are experienced with Online and Oblivion, both games have guilds dedicated to those games. I know you have not been here in some time, but I thought we could extend you an invite to look into helping out.-Cheatcodechamp (talk) 05:44, February 5, 2015 (UTC)

Retrieved from "https://elderscrolls.fandom.com/wiki/User_talk:KriHavok?oldid=2996015"
*Disclosure: Some of the links above are affiliate links, meaning, at no additional cost to you, Fandom will earn a commission if you click through and make a purchase. Community content is available under CC-BY-SA unless otherwise noted.