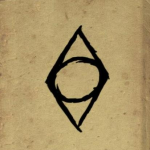 Been playing Skyrim since shortly after release. I haven't logged many hours (Less than 100, still) as my family comes first.

I play on XBox 360 only, no DLC. I am currently unplugged (No online) but patch by using my brother's XBox.

Finally got ethernet wire ran through my house to my bedroom.  360 is officially plugged in.  My online handle is CommodoreRed.  I haven't played Skyrim in a few weeks, though.  I hate playing for less than two hours, it's so hard to accomplish anything at that point.

Retrieved from "https://elderscrolls.fandom.com/wiki/User_talk:Krow_Dawnstar?oldid=2541700"
Community content is available under CC-BY-SA unless otherwise noted.