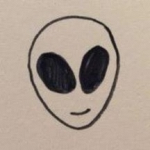 Billy, can you please not let Brandon be in this RP? He just screws up everything with his OP bull excrement. And he just gets worse with every RP. If you do let him in, just don't let him post anything insulting, OP or just plain stupid. The Immortal Derpy Dragon God of Steak (talk) 14:10, October 12, 2013 (UTC)

Hey dude, i've been reading your edits in a while now, and they share some points. Please refrain from using colloquialism and the second person in the articles. It should be the most encyclopaedic as possible. Thanks. (Sky Above,Voice Within (talk) 15:49, October 18, 2013 (UTC))

I'm won't be suprised when Bosric and Ghede are the best of friends.

If you like Miraak, you should check out this RP.

Hey I don't know wether you saw my comment on the forum post but I was thinking that the siren could either enslave the champion or make the champion kill himself. If you have ever played bioshock infinite you will understand. Also Sirens in ancient mythos were alway's portrayed as women. So if you like to be as "Historically factual" as you can be with Sirens I would suggest making them exclusively female. Last but not least will sirens be able to lure female hero's?

Hey dude I was thinking about a new idea for a mod. I was thinking that it would be great if someone made a new playable race or enemy called Succubus. I know it has already been done in the past but I think that someone else could make a better one.

If you don't know already a Succubus is a demon who seduces men and steals their souls or kills them if they have sex with her too many times. So the TES versions of Succubus could come from Oblivion and take the form of various female NPC's in Skyrim. One example could be Haelga in Riften.

There are male versions but they are called Incubus and they work in the same way as a Succubus but only seduce and sleep with females. Incubus also steal souls and kill their victims after repeated sex.

The don't always have to seduce people to survive. If they are infiltrating a Bandit camp they could use the illision spell  frenzy to send enemies into rage induced massacres.

"Also tou could add traits of Leanashe. A Leanashe is a type of Irish vampire similar to a succubus which lured away men with her beauty. Once she captured them with a spell, she would drain away their life essence through exhaustive love making in exchange giving them a creative drive in the arts which eventually corrupts their mind completely to drawing only for them. In the end they would go completely insane and/or die."

Or you could draw idea's from Mami Wata. These are traditionally mermaids that seduce men and have sex with them. They would then ask the man to keep a secret, if they accept the man gets loads of money and is blessed with rices. If he refuses he is cursed and he with be poor and all his family and offspring will be poor

"Another account of Mami Watas seducing men described that they would first flirt with their man and take them to a secret quiet place. Now alone she would reveal her naked body to him. She would then ask to have sex with the man but keep it a secret. If the man accepts he gets lots of money and will be blessed with great fortune. If he refuses, the Mami Wata will curse him bringing the man and his family financial ruin and a destroyed career."

If it is possible this mod would be great for roleplaying purposes. I am sure I am not the only person who finds playing as a female in Skyrim boring because of the lack of things to do. It could also fit in with evil Dark Brotherhood characters who don't want to simply stab someone in the back. last but not least it would make your character seem eviler and would allow the character to approach situations like Gabriella or roleplay as a evil priest of Dibella.

Thanks for your time. Also could you get leave me a message on my talk page when you get this?

We don't know about the Hok, then we find out about him some how and we have to find him. Or I can make a second character who is the HoK. The Seller of the Pickles, and the Guardian of the Mudkipz

Restarting the device seems to make all recent posts visible.

Billy, since you're the GM of the current mega RP, I just thought I should tell you about what I wanted to do for an RP.

I wanted to do an RP based off of the One Ring. As I have been watching the Lord of the Rings movies recently and it got me motivated to use it. This is what I was thinking for the Plotline, The One Ring is an artifact made by Boethiah to give to his/her champion that passed around Tamriel for thousands of years. And of course, the ring has lots of power and corrupts the user (Daedra always need to have a twist in their artifacts!). But in the current year 4 E 219, the ring is kept by Alvor in Riverwood. And Galion the Wizard has tracked down the One Ring since he knows of it's evil and wants to destroy it, but while in Riverwood he meets Alvor's son Lokir, who comes along on the Journey.

I honestly think it has the potential to be a good RP. I know it could be considered the Ripoff with the ring and everything, but there hasen't ever been a LoTR RP on here ever, despite all the similarities with Elder Scrolls. It wouldn't be an LoTR extreme ripoff though, it would have it's own adventure, different characters, stories, etc. I hope you consider working towards making it with me. I'm glad to hear any feedback from you. If you approve, I'll tell you about the RPs that take place around it. =) I am Sylar (talk) 05:15, February 1, 2014 (UTC)

why did you undo my edits Edit

Billy, I have closed the CT on you as I want to ask you personally if you are willing to resign as chat mod. Let me know as soon as possible. Thanks.. —EbonySkyrim Message! 22:16, September 4, 2014 (UTC)

Hi Billy, I've now closed the CT as I said I would, it was a vast majority as you also knew was coming so I have now removed the flag. —EbonySkyrim Message! 08:52, September 7, 2014 (UTC)

Retrieved from "https://elderscrolls.fandom.com/wiki/User_talk:Lab_Coat_Billy?oldid=2564545"
*Disclosure: Some of the links above are affiliate links, meaning, at no additional cost to you, Fandom will earn a commission if you click through and make a purchase. Community content is available under CC-BY-SA unless otherwise noted.