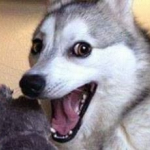 aka That Sickly Pup

Hello Lazarus Grimm, welcome to the Elder Scrolls Wiki! We're building a collaborative source of information for The Elder Scrolls, and we need your help!

I thought i should tell you I edited your comment on the vote regarding the maturity rating. To make sure your vote counts you need to use the template, so u added the vote VoteSupport template on it. I hope this doesn't bother you, but regardless of feelings, we need to track the consensus among the users.

Hello I reverted your edits before, because we don't add categories to pages like that. They don't belong on the pages, & will need to be reverted again, also please refrain from making edits like this in the future as they're very minimal & don't improve the article. Ȼǿᵰᵮẽᵲ ₲ħǿśᵵ Ⱥᵰᵾᵬĭᵴ Đẽẽᵭᵴ 11:42, August 4, 2014 (UTC)

Laz! I had to edit this post to contact you but it was the only way! I'm temporarily unable to access the wiki, save for my phone tell everyone at half god and legend of nirn I'll be back soon as possibleAnntion12 (talk) 19:48, August 30, 2014 (UTC)

The End of The Seige.Edit

The Seige is finally over! We can get out of the basement!

Also, I didn't know you were Swedish :) Nice.

Learning Icelandic myself. Which I felt the need to say, because... because... Nordic lanuage!

Yes, I understand what you mean, the policies can seem messy for some and others are ok with them. There are pages for how articles are supposed to look like but not everyone are looking there I'm afraid. But with the new start of the wiki we are looking through the policies to clean them up and make them easier to read and follow. EbonySkyrim Message! 21:07, September 18, 2014 (UTC)

Lazarus, I just had to revert all of your edits, as you're adding unnecessary NPC classes to their pages. Those are descriptions of the characters, not their NPC classes, that's false info you're adding to the pages. Please do not do this anymore. Ȼǿᵰᵮẽᵲ ₲ħǿśᵵ Ⱥᵰᵾᵬĭᵴ Đẽẽᵭᵴ 12:45, September 21, 2014 (UTC)

Yes they're used there because that's their actual NPC class. When you go to their pages saying their NPC classes are smugglers when they are't, then yes that's a problem, they can't have "two" NPC classes, them being smugglers is their occupation not their class. Therefore, the fuss is that you're adding incorrect information to said pages. Ȼǿᵰᵮẽᵲ ₲ħǿśᵵ Ⱥᵰᵾᵬĭᵴ Đẽẽᵭᵴ 12:57, September 21, 2014 (UTC)

There isn't a paradox at all Lazarus, the NPC classes was made for their class in the infobox. As such some of the characters classes in Morrowind do not exist as their own class, such as savant or noble, therefore the NPC classes is used there. We don't need to create a new page on characters occupations in the game, there simply isn't enough information to be added making any type of those pages. Ȼǿᵰᵮẽᵲ ₲ħǿśᵵ Ⱥᵰᵾᵬĭᵴ Đẽẽᵭᵴ 13:09, September 21, 2014 (UTC)

Just want to know if you do understand the difference between class and occupation. EbonySkyrim Message! 23:53, September 21, 2014 (UTC)

Out of all the edits I did last night, you called me out on the one where I actually made an honest mistake? Figures... But that's just another flaw with this wiki. It's all about criticism and no praise when it comes to edits. It's no wonder newcomers are terrified of contributing here.

I am not trying to be rude, I am just stating obvious facts. No one likes to have their talk pages clogged up because of a simple mistake which could have been easily fixed and then overlooked. Especially since, if you have checked my other edits, I actually know how to use wiki links. Lazarus Grimm Send a raven! 11:58, October 11, 2014 (UTC)

Well it was the one I saw when you just had edited it. I understand that noone likes to be reminded for their mistakes but one should also follow the advice one gets. I have looked through your recent edits and found several that either was wrong or unnecessary.

We will tell users that what they have done by mistake or in another way, so they can see what was wrong. Then we also trust them to follow the advice so the wiki can be better. We are not trying to hang people if they have made mistakes but I know that you haven't followed them earlier as you continued to do the same over and over again earlier and had to be reminded of it. Former users have been warned when this happens and some have also been blocked because of this, doing unnecessary and pointless edits. It is not criticism if one is told that an edit is poorly made as you can only be better if you know this. You say you know how to use wiki links, why have you not done so in several cases. And using a double link is not something one use, that is totally unnecessary. EbonySkyrim Message! 14:22, October 11, 2014 (UTC)

You know that I haven't followed my mistakes? Is that an insult? Nevertheless, I can say that I have followed my mistakes, yet people doesn't seem to take notice. I was asked not to link to genders. Have I done so recently? No. I was told to 'learn the difference' between occupation and NPC classes, which I have. Have I linked them that way recently? No. I was told not to post double categories. Have done that as well recently? No. As for these edits mentioned above. Has anyone ever told me of that until now? No.

No matter. As soon as the RP board dies down on this Wiki, I feel like I will leave either way, having outstayed my welcome it seems. This Wiki sort of brings out the worst in me. Lazarus Grimm Send a raven! 20:05, October 11, 2014 (UTC)

Hi Lazarus! Well, both me and Ghost are adding images to Morrowind, it's mostly us and we do it in periods. He recently fixed the Vivec, Foreign Quarter and the Mines (Morrowind) so have a look at the images he provided. It is the same for characters over all games. In Morrowind there is the problem with the light which isn't in the other games, that is dark or nonexisting to orange that can be hard to fix in a photo editor. You can see some of my images on the characters in this article. Gnisis if you want to look. EbonySkyrim Message! 20:30, October 15, 2014 (UTC)

the regulators of Skyrim

I think her reaction to his happy life could be interesting. xD

Didn't see you post for a few days, so did you forget about us?

Or are you quitting? Do let us know, we need to progress the story and your character is plot important... :P

On another note, good day!

Hi Lazarus, yes. Miraak had already marked it for deletion, then it's added to Deletion Candidates which I'm following. It's deleted now, thanks. EbonySkyrim Message! 21:36, November 20, 2014 (UTC)

We also have a report page for vandalism. Vandalism in progress if you see something like that. Just report it there then. EbonySkyrim Message! 00:47, November 21, 2014 (UTC)

Hey, do you mean these pages? Greymarch (Shivering Isles) and Greymarch. It's good if you linked to the pages in question :). Ghost created those pages in October when he was creating a few other lore pages and added the same info for the time being as he didn't have the time to add more to them. One is a lore article and the other is an article of the event happening on Shivering Isles. EbonySkyrim Message! 04:49, December 15, 2014 (UTC)

No, no merging of them. I knew it was for a reason but wasn't 100% sure on how and why as I'm not a lore expert, so I talked to Ghost briefly this morning and he told me: The Shivering Isles page is for the event as it appears and happens in Oblivion, the lore article is for Greymarch before, during, and after the events of Oblivion. Greymarch existed before the Shivering Isles event... So no merging. EbonySkyrim Message! 12:18, December 15, 2014 (UTC)

Hey when you add links can you make sure they go to the right place. You can do this by making the link Imperial (Skyrim) instead of Imperial the same goes for Oblivion Morrowind etc. If you need any help with anything else, please don't hestiate to contact me via my talkpage found here. Starkiller131 (talk) 22:01, January 17, 2015 (UTC)

Retrieved from "https://elderscrolls.fandom.com/wiki/User_talk:Lazarus_Grimm?oldid=2568069"
*Disclosure: Some of the links above are affiliate links, meaning, at no additional cost to you, Fandom will earn a commission if you click through and make a purchase. Community content is available under CC-BY-SA unless otherwise noted.