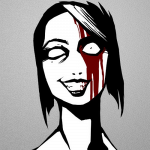 Just wanted to thank you for the rewrite of the Vampire (Oblivion) article. Most refused to work on it because of its size, forgetting that sometimes removing from an article adds to it.

Ill add the template that will inform our loremaster that we need sources to some of the info, this should clear up any remaining work the article needs.

Again, thanks and good work, i hope to see you around here more, we could use all the help we can get.

Well, a description of him should be before his assasination don't you agree with that? Why describe his personality after writing about his death? I also renamed Notes to Trivia and moved that section last as it should be. EbonySkyrim (talk) 08:18, April 28, 2013 (UTC)

Hi again, well I can honestly say that I have been thinking about this over the day. (It's now 7.30 pm here.) I was also a little bothered with the "Biography" heading and also the fact that the whole article is written like he was dead already. He doesn't die until the Hero do the quest in the Dark Brotherhood. Anyway, it sound better like you describe and you can do the editing if you like. I have a big problem myself at the moment, it's a glitch in Oblivion, something triggers so the "animation" for flames and other things like when using spells, the "puffs" that come, freeze and therefor I can't open gates and push buttons in ruins and caves. I'm starting to think it has something to do with the construction set I installed on wednesday. The problems started after that. Anyway, please do the editing on that page. :) EbonySkyrim (talk) 17:39, April 28, 2013 (UTC)

I saw that you just editied my section on Blackreach. Apologies if it was formatted incorrectly, I'm extremely new to wikis and frankly I have no idea how to do half of the advanced formatting. Do you have any tips so I can change it next time? ParanormalAndroid (talk) 15:47, May 11, 2013 (UTC)ParanormalAndroid

Brilliant, thanks for the help. Granted, I'll still be making mistakes, but probably a few less of them now. Good luck with doing... Whatever it is you do.

Indeed. Still, the Lovecraftian part is pretty cool, although I find Saya no Uta unsettling at best. O.o ParanormalAndroid (talk) 13:58, May 12, 2013 (UTC)ParanormalAndroid

The Skaal Test of Loyalty Edit

Thats a point i can't argue with. I've changed the page so that the quick walkthrough is a lot shorter and the text that wasn't under a section has now been placed as the detailled walkthrough, since it was essentially already a detailed walkthrough. Kennyannydenny (A question is never stupid, only he who asks it) 15:21, May 26, 2013 (UTC)

I saw the message you left on the talk page for Loot. I'm in the process of adding a bunch of information about looting effectively to the page, and I hope that, by the end of it, the page is very useful for players not familiar with effective looting. I'll let you know when I'm done so you can see what you think.

Retrieved from "https://elderscrolls.fandom.com/wiki/User_talk:LeDaea?oldid=977065"
Community content is available under CC-BY-SA unless otherwise noted.