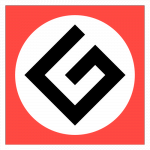 Hey there Mask2697, it's funny you mention MOTM, as I already am Member of the Month for April! See the front page, hehe! But thanks though.

Also congrats on becoming a patroller - I was actually about to nominate you myself as I noticed you are very active on the Vandalism page and do a great job - plus we really need more patrollers.

Good evening. I noticed that there was a fair amount of vandalism on the Daedric Artifacts article and did my best to fix the damage done. If I can help rectify similar wrongs, please let me know. The Believer(talk) 03:48, April 25, 2012 (UTC)

I tried posting a comment on your blog, but apparently that's not working either... So, anyway, are you using Firefox? Because I was also having that problem earlier, and thought that might be the issue, so I switched to the Google Chrome browser, and the editor is working fine with Chrome. —TombRaiser 21:43, April 25, 2012 (UTC)

I just need to remind you that you should not be using the Warning template to inform user of rollbacks. Not even I use that template.

It is recommended that patrolers only use the Revert template. Thanks.

In addition to that, only add {{Revert}} to borderline-wrong-users who can be corrected. Pure vandalism should not be responded to with revert templates as it gives the trolls the attention they want. The best wikia-approved response in such case would be revert, block, ignore. Not correcting any mistakes here, just giving a heads-up. ~ Flightmare (talk) 21:22, May 11, 2012 (UTC)

I can't believe I missed that. I try to edit those out if I notice them. I don't get how a steel dagger is notable. Even for a new player!

The funny thing is you automatically start with a sword or war axe depending on who you follow. So... what's so great about the dagger?

No problem! Thought I should probably let you know before you spend hours making more of them or something, though :) Also - yep - I am indeed as Insane as Timeoin ;) As for why? Idk, the other admins gave the categories achievement that name since I am somewhat crazy :D Timeoin•Say G'Day•View my work 04:00, June 2, 2012 (UTC)

So what Morrowind pages need to be updated/made? Are we doing weapons, armour, misc, whatever. I've got a new profile started up so if you need to me to go through every item and list locations then just give me a shout.

Thanks for the welcome - I do still own Morrowind actually and was wondering when I finish with Skyrim if I should load that up again because it's been a while now. I also have the Tribunal add on for that but I think there was another one too? Too long ago now though!

Hi! Thanks for your help with the Trivia Section. I just joined today because when I was looking for info on how to marry Ysolda, I couldn't find it. USUALLY there's a "Marriage" section for caracters you can marry that I go straight to. I saw on the edits that there used to be one for her but it was removed. So I joined to replace it. As it turns out it IS mentioned. In one sentence in a section not titled marriage that I didn't notice. Could we leave the marriage section in though? I've always found it incredibly useful.

And maybe you should lock the page. I was trying to help and it turned into a user thinking I had it out for them D:

I appreciate it Mask!

The Horn of Jurgen Windcaller Edit

hey this is Allie711. You say you can fix SOME glitches in the game Skyrim, well, there's this glitch that is driving me insane and I was wondering if maybe you could help me fix it. So in the quest the Horn of Jurgen Windcaller, after it says you failed the quest it will say to read the note. Well, the note is not in my inventory and it is not in the stone hand on the altar. Also, the quest marker is above and behind the altar above the fire pit lighting the surrounding area. Therefore, this glitch is making the quest incompletable and making unable to continue the storyline. I have asked several wikia members about it and none of them have a proper solution. I've tried leaving Ustengrav and loading a previous save. I can't use console commands because I have an X-box 360. I was just wondering if you could help with this.

You have to check this!!!Edit

As a patroller, you've recently been granted new rights. Please read this for an explanation on how to use them. If you have any problems, please come to IRC or contact an administrator. Thanks, Veetor-Bot III (talk) 23:01, June 28, 2012 (UTC)

Hey Mask2697! Some pretty cool news. Recently, we created a new user page template for patrollers of TESWiki! We need you to post it on your user page. Consider it a badge of honor and promise of commitment to the wiki! Here it is: {{Patroller}}. Thanks so much! And don't forget to look over our walkthrough for your new custodian abilities. Also, don't forget to vote for this months featured member! Cheers and happy editing from your friendly neighbor admin dude. --—Deyvid Petteys (bother \ stalk) 00:13, July 19, 2012 (UTC)

Hello there, fellow TESWikian! A few things to discuss with you. First, I have recently made a proposition for the formatting of Bugs on articles. I would greatly appreciate your opinion and suggestions here: F:CT:Flagging bugs. Additionally, two new TESWikians are applying for staff positions. If you have not yet voted, please do at the rollbacker page and the News Team talk page. And give your opinions on Balgog and Senjai. Talos guide you, friend. :D --—Deyvid Petteys (bother \ stalk) 06:53, August 7, 2012 (UTC)

I'm trying to. The link doesn't work and I don't know how to work an IRC (or what one is). Why don't you just use Wikia's chat feature here? It's much easier.

I am pretty sure it wasn't. RuneScape is one old MMO. I do think that the quest predates Oblivion as well.

I feel that investigating an abandoned lighthouse where the owners have both vanished, is a very common trend in horror themed games/movies. ? Also its easy enough to think up that it can easily be coincidence, can't it be said that Skyrim is also very similar to the book Eragon, due to the civil war, regardless of the fact that any similarity is obviously purely due to the genre? ? Mask2697 (talk) 00:12, November 23, 2012 (UTC)

Fair enough. ? That is a decent point, I also know that runescape was changed a lot recently, although that could be one of various features and quests that never were changed, and as I always say "ask me anything about runescape..." ? My answer to all questions about it "No idea whatsoever." ? so yeah, you probably know more about runescape then I do, so have a nice day. Mask2697 (talk) 00:26, November 23, 2012 (UTC)

Would you mine checking out my blog please?IFW14~Crap Happens To Everyone, Deal With It. PeopleThink They're Cooler Than You? Change It.Live And Let Live 21:01, November 27, 2012 (UTC)

Seriuosly, Mask? It's an example. Of course your not suppose to use the same image and info for every ingredient page. It's a style and formatting example for ingredient related pages. —TombRaiser SPEAK! 01:53, November 28, 2012 (UTC)

Retrieved from "https://elderscrolls.fandom.com/wiki/User_talk:Mask2697?oldid=1723196"
Community content is available under CC-BY-SA unless otherwise noted.