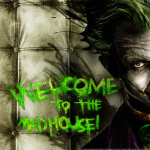 Hello MaxiRage, welcome to the Elder Scrolls Wiki! We're building a collaborative source of information for The Elder Scrolls, and we need your help!

Hello, I've noticed you created and uploaded an image for the Athanas Samori page. You may have noticed I've changed the page, since it didn't comply with some of our guidelines, the rules by which the articles are to be written. In addition, your image also doesn't comply with the image policy, as it has a lower resolution than the standard, is not a full-body shot, and was not named according to its subject. I know all those rules seem intimidating at first glance, but it would be great if we were able to run the wiki as an uniformized machine. Thanks for contributing, and don't forget to ask away any questions you have. —Sky Above,Voice Within · Show thy Voice! 23:04, April 29, 2014 (UTC)

Wikia seems to have problems with the image servers now and then and when you upload a new version of an image it might not change at once. I have since the last instance this happened, noticed it took up to a week before it changed and it's a bit annoying but unfortunally there is nothing we can do about it. Sometimes the image change at once and when this happens it's great, but if it doesn't we can just wait until it fixes itself. —EbonySkyrim Message! 06:06, April 30, 2014 (UTC)

Hey, no problem. Some things, such as "innkeeper" or "brewer" don't have enough info on them to make a nice article, so we don't link them. Also, you need not to message everyone after they edit one of your articles, lol. The wiki's a collaborative effort, and activity can be seen on its respective page, so most people will edit whatever needs editing :p I also feel you're being overwhelmed with procedures, guidelines, and rules (please don't be). Perhaps you could take a look at some of the older, better, example articles to make an image of what's endorsed and what's not endorsed? —Sky Above,Voice Within · Show thy Voice! 16:25, May 1, 2014 (UTC)

Hey, glad that you made the page Provisons to list all provisioning ingredients, however, I would like to rename the page to Ingredients (Online), because they are called ingredients in the game and not provisions. Just as alchemy "ingredients" are now called "reagents", we should stick to the name that is used in game. Keep up the good work. :) —TombRaiser SPEAK! 18:16, May 1, 2014 (UTC)

No problem. I'll just suppress the redirect when I do the name change. Originally we had thought that alchemy ingredients would still be called ingredients, but that was not so, and a few minor adjustments had to be made. —TombRaiser SPEAK! 18:54, May 1, 2014 (UTC)

Retrieved from "https://elderscrolls.fandom.com/wiki/User_talk:MaxiRage?oldid=1504304"
*Disclosure: Some of the links above are affiliate links, meaning, at no additional cost to you, Fandom will earn a commission if you click through and make a purchase. Community content is available under CC-BY-SA unless otherwise noted.