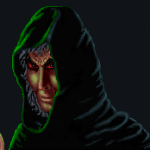 Really good to see someone working on Arena content! I hope you'll be around for a while, people who have played Arena aren't exactly easy to find. Hope to see you around!—CarloV3r (talk) 06:56, March 27, 2017 (UTC)

Great to see someone who still has Arena content to put on the wiki. Hope you'll stay for a while to fix our Arena pages. Blademaster Jauffre (talk) 21:42, June 6, 2017 (UTC)

Hahaha, thank you for the sweetroll Jauffre! I'll do what I can, still quite a bit of hidden stuff in that game. While adjusting to The Elder Scrolls wiki's rules will be a challenge, I hope I can do all I can! Thanks for the welcome! —Nehpys ("AlyMar1994") (Talk) 22:45, June 6, 2017 (UTC)

My pleasure, and don't be shy to contribute! Really, anything that adds to the wiki's value is most welcome. If you don't know the exact policy's and the like, or how to edit specific things, no worries. You can always go to the admins, like Carlo, or Atvel. Even if you just add something to a page, I'm sure someone will come around and make it fit in nicely. You might even be able to do a collaboration with Vicentius, who has also been working hard on our (lore) pages.
Happy editing! Blademaster Jauffre (talk) 17:06, June 7, 2017 (UTC)

Hello, I noticed you uploaded new version of the "Gaiden Shinji Quote.png" file. So I want to know which is considered original: from the loaded game with stretched resolution or from extracted game files that I uploaded? I guess it doesn't matter, because the size is reduced anyway in the article. I am just curious. Thanks. --Rupuzioks (talk) 07:56, July 23, 2017 (UTC)

It's dependent on how its supposed to be viewed in-game. While the files are wide-like in the way you uploaded it, they were meant for 4:3 stretching for them to look normal, like most other DOS related game stuffs. A perfect example is with File:Jagar Tharn.png, for a character. The entire game is like that, so no worries. —Nehpys ("AlyMar1994") (Talk) 08:31, July 23, 2017 (UTC)

As far as I'm aware, the player guide is the manual. While I don't have a physical copy of Arena's CD-ROM release to 100% confirm, all PDF copies of the manual I've found (both on Bethesda's site and third-party) have the Player Guide in-bedded into the manual. I haven't found a separate PDF for the player guide, so it was an educated guess. —Nehpys ("AlyMar1994") (Talk) 19:58, July 23, 2017 (UTC)

Hmm. I have PDFs of each from GOG. Neither of them appear to be missing pages per se, although the contents of the much shorter Manual (barring the first couple of pages) seem to be included in the Player's Guide, with some minor changes in formatting. Perhaps the Manual is what actually comes with the CD-ROM of Arena, and the more comprehensive Player's Guide is bought separately? I'll send an email to GOG, perhaps they can clear it up. —Atvelonis (talk) 22:11, July 23, 2017 (UTC)

Re: The Halls of Colossus Edit

Yeah, it would be fine if you changed "Halls of Colossus" to "The Halls of Colossus (Location)." Just remember to create a disambiguation page to link to each of the articles. —Atvelonis (talk) 22:13, July 23, 2017 (UTC)

When you have a moment, could you look at this. The way quests have been separated might be off (although I don't know a whole lot about Arena). For an example, see Ghoul#Description, 4th paragraph. Kinda confusing--Shockstorm (talk) 03:49, July 30, 2017 (UTC)

Hey, quick note, we don't use the ==Appearances== section on quest pages, per SF:QUEST. This is because a quest, being an event, only actually "appears" in a game in a very vague sense. You can compare a quest to a lore concept here—it's mentioned, and definitely occurred/occurs—but it is not tangibly in the game outside of a quest journal, which for lore concepts is analogous to an in-game book. Therefore, the only physical record of a quest is through the journal (book), which is what appears in the game; the quest (event) does not "appear" so much as "play out," if that makes sense.

It's also impossible for the same quest to appear in multiple games (it will not be the same quest if it's in a different game, even if the name is the same or whatever), so by nature an appearance section would have exactly one entry on every quest page. We find this to be unnecessary as the game is supposed to be stated in the lead on quest articles. Let me know if you have any questions. Thanks! —Atvelonis (talk) 01:31, March 27, 2018 (UTC)

I have to admit to being curious why Atvelonis wouldn't ask me himself. But to answer your question, I run Arena in DosBox, use Windows PrintScreen to capture and Paint to crop. I suspect the issue is in the DosBox "resolution", I'll check it later to make sure it is 4:3. 960x720 is by no means the largest you can get out of DosBox. Then again, I have a 31.5" monitor running at 2560x1440. DaBarkspawn (talk) 19:36, October 9, 2018 (UTC)

Retrieved from "https://elderscrolls.fandom.com/wiki/User_talk:Nehpys?oldid=2751479"
*Disclosure: Some of the links above are affiliate links, meaning, at no additional cost to you, Fandom will earn a commission if you click through and make a purchase. Community content is available under CC-BY-SA unless otherwise noted.