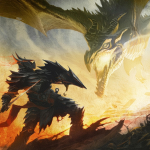 Welcome to my Talk Page ! Feel free to add questions, critics or just your random chit-chat. Please, refrain yourself from adding any nonsense or obscenities and always remember to sign your posts ! Also, note that I will leave my answers here, in my own talk page. If you want otherwise, then please, say so.

Yep. It was actually supposed to do that. Just about every wiki does that, as it is the same process everywhere, and it affects every wiki on which you visit. (I guess the argument could be made that we could just copy the text from that site to ours, though). Thanks for letting me know, though - but yeah, for now, I designed it to do that, because that wikia is designed for those sorts of questions :) Timeoin•Say G'Day•View my work 10:36, November 16, 2013 (UTC)

Hmm. Personally, I believe they should all be listed (only). I mean, sure, they could probably be listed in a table (i.e. if someone wanted too, they could add their ref id, and another row for where it is found. (I.e. location or person). But I personally dont think they are noteworthy enough to warrant an entire page for each key. (There are literally thousands upon thousands of keys - and the overwhelming majority of them are useless except for this one loot box, which can often be opened using lockpicks or an Unlock Spell (Depending upon preference or game). To add to that - we don't have pages for things such as Redware fork, for example, for much the same reason. Timeoin•Say G'Day•View my work 13:10, November 20, 2013 (UTC)

My point exactly. The table layout in Keys (Dragonborn) is so much better for it leaves no need for new pages, which would be extensive work and data space. My suggestion was use the table format in Keys (Dragonborn) as a standard for the Keys page. Simplicity itself.
PLPellegrini (talk) 13:36, November 20, 2013 (UTC)

I agree. We already have an agreed method of dealing with keys. They should all have their own page based on game or add-on as was done on Keys (Dragonborn). The Keys pages simply need to be split up with links pointing to all the relevant key sub-pages. Books is a perfect example of how it should be done. Jimeee (talk) 15:18, November 20, 2013 (UTC)

For further clarification, of course a proper page isn't needed for each and every key. That's insanity. However if we take Keys (Dragonborn) as an example - I did in fact create a page then redirect the page to the overview Keys pages. Like this: http://elderscrolls.wikia.com/wiki/Alor_House_Key?redirect=no
Then using the {{LE}}, this allows you to link directly to the row in the table. If you wish to undertake such a project, I suggest you check out how Keys (Dragonborn) was created and use that as a standard example. Jimeee (talk) 16:55, November 20, 2013 (UTC)

I see. I liked the idea of the redirects, and, honestly, I've started the project to re-arrange the Keys (Skyrim), hasty as I am lol. But I'll be sure to send you a copy before I change if you'd both give your e-mails. p_l_pellegrini@yahoo.com.br is mine .
PLPellegrini (talk) 17:52, November 20, 2013 (UTC)

I'm butting into this discussion :P You don't necessarily need to send your changes via email. You could always copy/paste the Keys (Skyrim) content in your own sandbox here on the wiki. To create your sandbox, create this page: User:PLPellegrini/Sandbox. Doing it this way will also make it quicker if you want feedback or a review from an admin on your progress. —TombRaiser SPEAK! 02:37, November 22, 2013 (UTC)

That is the correct format, however I will ask you NOT to copy the exact wording from the UESP.net keys page. That's completely unacceptable and people have been banned for it. Use your own descriptions. Jimeee (talk) 10:39, November 27, 2013 (UTC)

Remember that Adventure I said Pickle and I were working on? It's on. "The Funeral of Mournhold".

I saw the message you posted on Timeoin's talk page. Since he has not responded, I will. First, thank you for reporting this issue. Our policies and guidelines state that usernames must be on an acceptable nature; this user's moniker violated that policy. Additionally, as per the style guide, profanity of any variety is construed as vandalism. While many titles in The Elder Scrolls series are rated for mature audiences, we strive to offer encyclopedic data on our beloved franchise in a manner that is suitable for all ages. Because of this, article content, talk page discussions, forum and chat activity, should all be free of profanity. Children read this wiki! :) In the future, you can always report vandalism at TES:VIP, using the supplied template. Also:

Fellow greetings. Thought I would drop by to say that my nation is up and running. Check me out here.FortunePayback (talk) 15:11, December 9, 2013 (UTC)FortunePayback

Hi PLP, I just want to inform you about what you should have done and for the future if you see this again. You marked the Hassour Dark Cult page for deletion and made a new article. What you should have done if you had asked first, was to rename the page and left a redirect. Or as in this case, just change the three pages (My tools -->What links here) that are linked to this article. It wasn't much on the page to change, just some of the text and adding a template, so remember in the future to check before action, ok? —EbonySkyrim Message! 21:11, December 12, 2013 (UTC)

Also the character page Tuls Varen was wrong, the correct name for him is Tuls Valen. Someone had made the error when naming the character on that questpage. :) —EbonySkyrim Message! 21:30, December 12, 2013 (UTC)

OMFG, I ask everyone this & do not ask why , but do U watch Skyrim:COPS?

Just so you don't misunderstand i was also trying to fix that page it was edited by a wiki contributer , i was fixing19:39, December 20, 2013 (UTC)Halo 2 Legend (talk)

Flugsmith and Owen voted Neutral, I hope I can change their Votes into Supports soon.

A user has been pestoring me on petty matter on the main chat, and I reported to him to the other mods but he still persist in a week. You and I are close friends, so I decided to post this more detailed information to you.

We argued once on the subject on WW2, where the Nazis and Soviets allied with each other in the invasion of Poland. The Nazis invaded one side, the Soviets on the other. Later on in the war, Nazi Germany betray the Soviet Union. During this time though, both countries commit MASS genocides and atrocities. All of us users agree, but then Zippertrain turned into one of those Genocide deniers, (aka like a deluded Holocaust denier from a Neo-Nazi, and a Great purge denier from a heartless Soviet Sympathasizer, or some turks on the denial of the Armenian Genocide, or even my OWN people on the deniel of the Rape of Nanking, which I find disgusting) I told him STRIAGHT facts, which he found offensive, which he's totally oblivious of history.

Even weeks after the argument, he still bothers users about this nonsense, making a HUGE problem over a little situation he disagree with,  which is childish. We tried to ignore him. I even warn him that I'll block my pm's if he continues to bother me. Will you do me a favor and give him a warning not to bring up political topics to PURPOSELY troll others just to start disagreements on the Chat? It's unreasonable and beyond immature. If not VERY petty. LyraHeartstring (talk) 07:16, January 12, 2014 (UTC)

I think in the Keys (skyrim) page you should add that keys may also be obtained with the perk wax key after picking a lock TwentyApollo (talk) 01:27, January 22, 2014 (UTC)

Hey man, was editing a Morrowind page on Keys and saw what you were working on.  I like what you were doing with the alphabetical and collapsible tables.  When you get it done let me know and if you dont mine, I'll use the format for Morrowind Keys.  Thanks DLanyon (talk) 18:46, February 24, 2014 (UTC)

The shadow moon wiki is gonna start again. ! If u could hlp with grammar , it would br amazing ! :)

I didn't know that new accounts were allowed here. I hate breaking rules! I'm new but I have two accounts so I'm banned forever! I hope this message didn't make you angrier bye! Miraak the dragonborn (talk) 01:10, April 1, 2014 (UTC) miraak the dragonborn

Retrieved from "https://elderscrolls.fandom.com/wiki/User_talk:PLPellegrini?oldid=1461736"
*Disclosure: Some of the links above are affiliate links, meaning, at no additional cost to you, Fandom will earn a commission if you click through and make a purchase. Community content is available under CC-BY-SA unless otherwise noted.