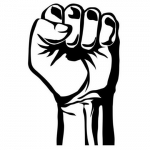 Good idea to have all the articles on one page. Otherwise, we'd end up with several stubs that would be permanently stubbed, due to lack of information. If you have other images for the claws, just add them to the gallery. I was thinking of maybe moving the gallery up to the top of the article, just above or just below the table, so people don't go adding stray images throughout the article accidentally. What do you think? At any rate, keep up the great work! --— Deyvid Petteys (bother \ stalk) 02:18, January 1, 2012 (UTC)

I know what you mean about the gallery, this article is just begging for people to put pictures all over it, but eventually there will be a dozen (or so) images, once we have one for each dragon claw, in that gallery... and so it would take up a rather large portion of the page. Ehh, if I had to pick I'd rather have it at the bottom assuming that one day it will be a rather large gallery. Thanks for the support, I see your name is green now, does that mean you've been made an admin? If so, congratulations, it's well-deserved.

Yes, you guessed correctly there. Thank you for pointing that out (I had not realised that they were doing this). The person has now been properly warned (they are now blocked for a week, which is the standard warning we give users). 99% of the time, external links are highly discouraged. The only time such links are recommended is for a site such as the Imperial Library, if the book information has been obtained exclusively from that site (On a personal note, I really dislike folks trying to leech off our hard work). So.. .thanks for that! Timeoin•Say G'Day•View my work•Skyrim To-Do List 05:45, January 5, 2012 (UTC)

Retrieved from "https://elderscrolls.fandom.com/wiki/User_talk:PacifistFist?oldid=340772"
Community content is available under CC-BY-SA unless otherwise noted.