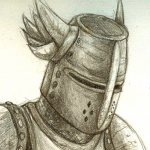 As for the new tools.. Wikia support has told me "it does seem to be missing the 'highlight' and 'close' options, so something is indeed wrong". "there isn't much I can do about this at the moment except advise waiting for the forum rights overhaul that we're planning." So in the mean time we can just wait. EbonySkyrim Message! 21:06, October 1, 2014 (UTC)

Should we start deleting any flame war inducing posts or anything off topic? I mean a lot of the posts are starting to become large rants and users arguing with each other. Those are bad for the thread. Talos guide you Kinsmen Speak Citizen! 13:00, October 2, 2014 (UTC)

Just saw your post about deleting off-topic, offensive, and flaming posts. And yeah, I think we might want to talk to the Admins about just ending the vote. The 2:1 ratio currently in the vote is almost impossible to turn around now. Leaving the vote open any longer than it has to is likely to cause more arguing. Talos guide you Kinsmen Speak Citizen! 13:10, October 2, 2014 (UTC)

Why was I banned? All I did was say I wan't gonna argue. Do you guys have some biased opinion about me? Was Shawn saying things about me while I was gone... or what? Frozen Pizza and Kool-Aid (talk) 14:50, October 4, 2014 (UTC)

I was never banned the previous week, and dude barely no one was in the chat. BUT I axcept your ban.. Bai

Hi Pelinal, I was just have a question about C0DA. I decided to ask you considering you've created the related blod posts and have a very supportive stance.

I'm confused on documenting information, for example Jubal-lun-Sul has no page yet Landfall does. I'm also confused on adding C0DA info to pages like Vivec, the Numidium, and Almalexia.

I just noticed that my thread Going Native on the Mod Board was removed by you.  In the description you only said "Obsolete."  I am not mad, just confused.  Can you elaborate on your reason as to why you removed it?  TheMindOfMadness (talk) 03:44, January 28, 2015 (UTC)

Your reason makes sense.  However, can you reopen this thread so people can toss ideas around about what exactly the mod should/shouldn't add, how it could work, etc.  I'll edit the opening post to reflect its new purpose.  Once we have a clear idea of what the mod should look like I'll have someone post it to the Nexus forums.  TheMindOfMadness (talk) 16:04, January 28, 2015 (UTC)

It was just a joke. Edit

Hey, I hope all is well.

It has been noted that the templates for Patrollers and Moderators have the same quote from the hold guards. I figured that the moderators might want their own quote. So if you guys come up with a quote you would prefer, it is easy to change. let me know if you come up with something.-Cheatcodechamp (talk) 23:37, March 1, 2015 (UTC)

First, thanks for removing that. I don't even want to know how long that has been there. The best and worst thing about the wiki is everybody can edit, and while that has brought us the great editors who have, it also leaves us with everybody else as well.

I will bring up in the weekly update the need to source everything. We need our content to be true and if its not sourced we need to either confirm or remove it. I am sure there are other ways to handle it, but none come to mind at this time.

Come to think of it, we could make use of the guilds. While I don't think we could send one of the guilds to do it, as I have asked two of them to handle other matters and the third has a more newer members then not, I doubt think they could handle it. What we could do is set up a team, either long term or short, of a few editors who know enough of the lore to help, and have them comb the larger articles. I assume the larger the article, the higher chance of a un-sourced content.

What if we where able to get more then the two of you? How many do you think it would take to comb the lore articles in a timely manner and get things done?-15:21, March 21, 2015 (UTC)

I was going through unused images, and I found one of yours, AnxriRihl3.png. Im not saying you have to use it, but I wanted to know if you still wanted it on the wiki? If you wants it that's great, otherwise let me know.

Hi. I'm taking the initiative and trying to get the loremaster guild started. First of our goals should be finding a place where we could discuss and forge plans and policies regarding to the lore content on the Wiki.

I'd prefer a separate platform, like Skype, Steam, TeamSpeak, anything other, really, if you've got other suggestions. Different time zones might be an issue for instant conversation, so we might as well simply dedicate a page in somebodies userspace for our discussions.

So, whenever you're able, please let me know what form of communication would you prefer.

Skype wouldn't be a bad option, but we should still wait for Shawns himself to confirm it, and we need to get an answer from Dovah.

Hey, I just got back, and read the string of messages on my wall. Does this still need handled or has it been taken care of already?

Hi.  I'm sorry if I'm telling this to the wrong person (I've never had to do this before), but the user Kissykaede is being quite racist and confrontational on this thread, and that's really something I can't stand.

Cheers dude! Hopefully I'll be able to prove to some users that I am an honest and capable user who only has the best interests of the wiki at heart, despite what some have said about me. :) --Sajuuk talk | contribs | Channel 15:26, April 18, 2015 (UTC)

Could you please unban me from the chat, i did not want to offend anyone, but he was treating me like shiz. Since i do not know how to type tildes, ill sign saying i am HElBOi! —This unsigned comment is by HelBOi! (talk • contribs) . Please sign your posts with ~~~~!

I heard some talk about a Lore guild being set up. I was wondering if this was true and who you got helping you? If you guys are starting a guild I would recommend a "guildhall" so people know about it and we have a clear list of active guilds/groups on the wiki.-Cheatcodechamp (talk) 20:17, April 20, 2015 (UTC)

let me back  what did i do

I have tried posting on the thread as follows: http://elderscrolls.wikia.com/wiki/Thread:841200

For some reason after I type and enter my comment, it doesn't post it (I have tried multiple times). I am a bit confused, as I did not violate the forum rules by using offensive language or anything else, and was wondering if this was bug or something. Undaril (talk) 07:16, May 3, 2015 (UTC)Undaril

I was looking over recent edits and I noticed a page, here, that seems to be spam. I thought I should tell you since you were the first moderator that I could think of. Ser_Pouce-a-lot done the edit to add the category for deletion. And sorry if I make any mistakes on this post here, it isn't often I use the User Talk pages.

Hey! You asked a while ago if we need help with the lore; I said yes, but the community of our wiki hadn't the same opinion about the Imperial Library (I write in English because I have no idea if you're allowed to write in other languages here). Now we solved this problem as you can see for example here (see also...).

At the moment, we've only one person who's proficient in IL. I think with two users it would be way more faster (-> better). The thing that you have to keep in mind is to separate the Library stuff from the definitely official information.

I only wanted to inform you if you're still interested in helping the wiki, of course you haven't to come if you don't want to.

Hey Pelinal, I've finally gotten around to creating the Lore Guild page, so if you are still interested you can add yourself to the list (Tim has expressed interest in the guild which is why he's on there also). I assume Dovah and Ika are still onboard, so that will give the guild four members. You can work it out with each other who is going to be guildmaster and what you're going to be focusing on first. Happy editing! —Atvelonis (talk) 21:49, May 13, 2015 (UTC)

It really sucks to hear this. I have always respected how you you have done your work here on the wiki, and I have felt we never gave you proper due. I do hope to see you return, and I hope it is sooner rather then later.-Cheatcodechamp (talk) 08:20, May 21, 2015 (UTC)

I doubt you remember me, don't know why you would. I was in the same thread as you for a long time were people discussed which entity was the strongest one. This was around last christmas I believe, and now I've been talking about this stuff with other people, mostly on Youtube.

So I was wondering two things:

In one of your messages on here you said "Sithis didn't create the Aurbis. It was the Anu/Padomay/Nir Enatiomorph which created it." and you had explained most of those words, but what is Nir? It sounds related to Nirn obviously.

The second thing I wanted to know was where I can learn things about Anu, the Godhead, the walking ways etc. I believe it's in the so called "C0DA" which I still don't really know what it is. And is there a special place I should start in it? I've only played Skyrim, and haven't gone as deep into the lore as I want to, so maybe I should even start outside of this "C0DA"?

I really want to learn this stuff, the lore is so amazing.

New Theory: Aka in Argonia? Edit

Hey, Pelinal!  Since I respect your lore knowledge very much, I was wondering what you'd make of my blog about the Argonian myth from T.E.S.O.: https://elderscrolls.fandom.com/wiki/User_blog:Webspidrman/An_Analysis_of_%27Children_of_the_Root%27:_Revelations_about_T.E.S._Cosmology

Your feedback would certainly be appreciated, especially because I think it connects nicely with your theories about Aka! Webspidrman (talk) 09:03, January 8, 2020 (UTC)

Just responding back to your message, Pelinal!  I can't blame you for being less involved; personally I'm very put off with Bethesda's behavior as of late and am nervous about how they'll handle the IP moving forward.  That being said, I'm pretty sure I've seen you lurking around the wiki in the past year, so you're evidently not THAT inactive!  Quit being humble about your lore knowledge, rusty as it may be! ;)  But yeah, I'll check out the Discord for sure. :) Webspidrman (talk) 12:01, January 9, 2020 (UTC)

Retrieved from "https://elderscrolls.fandom.com/wiki/User_talk:Pelinal_Whitestrake?oldid=2967728"
*Disclosure: Some of the links above are affiliate links, meaning, at no additional cost to you, Fandom will earn a commission if you click through and make a purchase. Community content is available under CC-BY-SA unless otherwise noted.