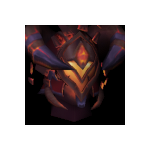 Hello Phantasys, welcome to the Elder Scrolls Wiki! We're building a collaborative source of information for The Elder Scrolls, and we need your help!

This is areply to your reply.

So when you say Ulfric cannot read minds, you can also justify extremist actions of violence? People don't know who they face, so they have to shoot! Right?

Ulfric is awesome? He is the most anti-awesome character in the entire franchise of TES! He is a puppet of the Thalmor, something Torygg never was. You call him an imperial sycophant? First off, the High King of Skyrim is a man of Skyrim, someone the people would want to see as High King and someone who also has the blessing of the emperor. Torygg was all that and he was a natural talent, as leader. He was no warrior, yes, but doesn't mean Ulfric could be better. Ulfric thinks that by destroying the Empire Talos created, he will restore his worship? I don't want him to be my king!

You just can't have a chat, can you? As any Ulfric fanboy!

Is it not true that he imprisoned the Jarls supperting the Empire to replace them with men of his own choice, with usually no experience?

Is it not true that the council of the Jarls doesn't elect a High King? It was Torygg's birth-right, something Ulfric took away. He simply had tokill him, no words first, just attack. Accusing him for treason! That's your mighty Nord High King Ulfric.

Insightful as the rock? I hope so!

So most of Skyrim supports Ulfric?

And Torygg was a great High King! Wether you see it or not! You make joke arguments and expect to have a conversation? I never insulted you in the first place! LOLOLOL is a valid point! You are right, I am wrong! XD

Hello Phantasys, I've seen some of the comments you've made towards High King Emeric and I wanted to inform you that that type of behavior is unnecessary and is considered harrassment. There is nothing wrong with having a conversation or even argument about something in the series, but when you are using terms such as "complete utter moron" and calling him "as insightful as a rock" you are getting a little too heated. The veracity of any statements involved are irrelevant. Most of us know a fair bit about Talos, but there are better ways that that to explain these things to those who appear not to. I'm happy to see that you are passionate about the series but in general please be nicer and more considerate to others or you may be blocked. Thank you. —Atvelonis (talk) 18:06, January 23, 2016 (UTC)

You have been blocked for a day. Now, I love discussions, but when you are insulting someone because they have a different opinion about a video game than you, you need to take a break. When your block expires please act respectfully to everyone. Thank you. —Atvelonis (talk) 00:00, January 24, 2016 (UTC)

Retrieved from "https://elderscrolls.fandom.com/wiki/User_talk:Phantasys?oldid=2073219"
*Disclosure: Some of the links above are affiliate links, meaning, at no additional cost to you, Fandom will earn a commission if you click through and make a purchase. Community content is available under CC-BY-SA unless otherwise noted.