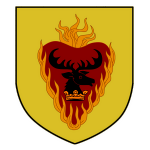 aka The Victory Pokémon

Yessssss, have him be captured by Daedra-but maybe not the name(something better). Great Idea nonetheless.

You're holding back sone of the rp :(

Hi Pickles. I just thought I would let you know (in case you weren't aware) that the thread "Nadia the khajiit welcomes you" has been moved to the Off Topic board.

Apparently Rider ticked you off, so we hope that you will continue with the TGRP like Hermaeus Mora never appeared.

I see you've been posting messages about vandalism on TombRaiser's talk page, but the normal practice is to put it on the TES:VIP page. Most admins check that page fairly often, so a response will be quicker on there, too. Thanks! Kroq-gar78 (talk) 05:02, August 9, 2013 (UTC)

Y U NO REPLY TO TGRP?

I don't know you could try and ignore them, but I would ask Timeoin (I think thats his name) for that....... -King of Skyrim

This is an official warning about your behavior on the topic "Daedra Stronger than Aedra". If we see you spamming the "quote" button and posting nonsense (like you and several others did in that thread) one more time, you will recieve a ban. It's simple. Jimeee (talk) 14:36, October 7, 2013 (UTC)

The Seller of the Pickles, and the Guardian of the Mudkipz

Re: Idea for a New Emoticon(s)Edit

I think we can do that. I'm not sure about Arena and Daggerfall icons though. Do they even have a specific icon? The only Arena/Daggerfall icons I've seen use their full name and that most likely wouldn't look too good at 19px. But, the others look okay at that size:

Pickleseller,  I wish to ask what I need to change on my Character Form, I edited it, but since you're Companions(RP) leader, you need to decide what I should take out.

Hey Pickleseller, Welcome to the Forum Moderator group. Now that you are a moderator it is your duty to enforce and follow the forum policies.

You now have the tools to edit out policy violations (image uploads, pyramid quotes) from user topics and posts. A list of your duties as a moderator can be found here.

Continue to keep watch over the forums and report any vandalism to the notice board or notify an admin if it is an urgent matter. Remember, in order to keep your status as a moderator you must continue to be active in the forums performing your mod duties or you may lose your moderator status.

When Corvec finally breaks into the Psijic Order to eliminate his target, the Eye of Magnus absorbs him and he emerges a new being.  Corvec is now entirely immune to magic and any spell directed at him is reflected back at the caster.

You'll have to make the thread.  Have fun!

I tried talking to you in the chatroom. I just wanted to say that, as a penguin, I approve of your display picture. StevePenguini (talk) 14:50, January 7, 2014 (UTC)

I forgot to add Corvec is a master of Sneak, Archery, and One-handed.  He also willingly becaame a vampire.

Pickleseller,  I noticed you made a page callec Inisashu-jo. It had multiple problems that I fixed: 1. Please put the {{NewMMO}} template on all Online articles; this is mandatory. 2. Add categories of what race and gender the character is. Please take these things into consideration when making Online articles in the future. Ned Tp- Contribs14:08, March 1, 2014 (UTC)

Do you think I could join the Walrus' Club? :D

The Fall of Cryodiil Edit

omg, I love Mudkips and I think Victini is the BEST pokemon in Unova. You have exelent taste in Pokemon (walruses are pretty awesome too)(just had to say that that's all) Zoomer364 (talk) 00:17, September 8, 2014 (UTC)

Retrieved from "https://elderscrolls.fandom.com/wiki/User_talk:Pickleseller?oldid=1858899"
*Disclosure: Some of the links above are affiliate links, meaning, at no additional cost to you, Fandom will earn a commission if you click through and make a purchase. Community content is available under CC-BY-SA unless otherwise noted.