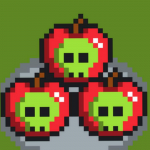 Hello Poisoned apples, welcome to the Elder Scrolls Wiki! We're building a collaborative source of information for The Elder Scrolls, and we need your help!

Hey, thanks for the edits lately. I had a question for you, though: is the dialogue you added here a response to some sort of input that the player gives to the NPC? If so, what the player says is something to record as well. —Atvelonis (talk) 01:35, May 15, 2017 (UTC)

Hey, good job with the quotes. One thing to mention, when you're adding a conversation for an NPC (when they are talking to you or another NPC, rather than just something said in passing), you should use a blockquote to format it properly, and make sure to include the exact player input to get the responses you're adding. Here's an example from Ulfric Stormcloak during the quest "Battle for Solitude":

"War always comes down to this, doesn't it? A single truth-laden moment."

The <div class="diabox"> part defines the type of blockquote used for NPC-on-player conversations (the NPC-on-NPC one is different). The bolded text is the player input, and the italicized parts are the NPC's lines. Each new "layer" of dialogue is indented with a new colon to mark the chronology of the exchange. Since both of the example options above are available to the player at the same time, they're placed on the same level.

These conversations should be added in a ==Conversations== header, separate from general things that the NPC says to you when you just walk by them, which go in ==Quotes==. You can only add these via the Source Editor, so if you haven't already switched to that, I would recommend doing so in your preferences, under "Editing." Let me know if you have any questions about this. Thanks! —Atvelonis (talk) 22:53, July 11, 2017 (UTC)

Our more obscure pages tend to go out of date in terms of policy faster than the more popular ones, which is why you might have seen some incorrectly-formatted dialogue in the past. If you could fix the ones you've done, that would be really helpful! —Atvelonis (talk) 01:04, July 12, 2017 (UTC)

That looks alright to me. Just remember to add the source in the {{Quote}} template as an additional parameter, usually the game it's from or the quest name (if applicable). —Atvelonis (talk) 00:11, July 14, 2017 (UTC)

Really depends on the context of the content you're adding. Oblivion rumors as a whole have very little player input, and simply stating "Imperial City" (which is the only player input when asking about rumors) in a diabox isn't enough. If it were an actual conversation, with actual player dialogue instead of just the name of the topic you're asking the NPC about, then you should put it in a diabox.—CarloV3r (talk) 06:30, July 24, 2017 (UTC)

Honestly I would still recommend that diaboxes be used for character dialogue that has any textual player input at all. The prompts are important for readers to know, even if they're just short phrases. —Atvelonis (talk) 00:05, August 1, 2017 (UTC)

I'm working on adding dialogue to pages, and was wondering if you happened to own ESO by any chance? If you do, would you be willing to do something for me?

Just felt like letting you know that yesterday I added Lucien Lachance's dialogue from Oblivion, just in case you felt like re-reading Oblivion's Dark Brotherhood dialogue, or were searching for a nice quote for on your userpage, since you're a Lucien fan.

Yes, I make a safegame and reload it to get different responses and the like. Takes its time, but it's worth it. I'm personally terrible with getting into the files -- let alone using them, which is a shame since I've been trying to add dialogue to pages for quite a while now.

Now that I'm talking about adding dialogue and such, could you help me with adding dialogue from the quest Whodunit?? Where you have to kill a party of people? It's 5 NPCs, and I'm currently working on Matilde Petit, but it's quite a lot, since there are different dialogue options depending on how much the NPC likes -- or dislikes -- you, if you want to help, let me know and I'll be a bit more specific.

Of course, I'll also be able to get it done on my own, but it would just take a lot longer.

Just a quick note: your edit here is fine, but we technically do allow second person in the walkthrough section of a quest article. It should always be third person elsewhere, though. —Atvelonis (talk) 20:12, October 9, 2017 (UTC)

Not a silly question. The exception applies only to quest walkthroughs, so Trainer (Oblivion) should actually be written in third person. —Atvelonis (talk) 21:09, October 21, 2017 (UTC)

I noticed that in your edit to the Mehrunes Dagon's Quest page you removed a few disambiguated links and made some other unnecessary formatting changes, such as moving the hatnote on the same line as the infobox and adding border="1" cellspacing="3" to the journal table. I think you may have accidentally edited an older version of the page while making that link fix (probably around here), so just be careful to avoid that in the future, as it undoes any intermediate revisions. Thanks. —Atvelonis (talk) 02:52, October 31, 2017 (UTC)

Hey Poisoned Apples, I'm glad you were interested by my advertisement! Let me explain you what all this is about, I have recently decided to create my own fantasy universe, but it is in a very early stage. I have created a wiki in order to organise my ideas, and the articles feel quite empty without images.

Similar to TES, the lore I write will not be featured in novels, but in a game. I am developing a mod for Total War Warhammer (a game of Warhammer Fantasy).

I don't pretend to create a famous fantasy universe, it is only a hobby I have. After this warning, it's completely fine if you aren't interested in it. If you are still interested, you can contact me in the talkpage of my wiki: Tivaria Wiki. Amulet of Kings (talk) 14:58, November 2, 2017 (UTC)

Fine! From now on let us communicate on Tivaria Wiki, either in the talkpages or the chat if we are both online (you can find it in the right corner of the main page). I have detailed some stuff you could start doing in your other talkpage.Amulet of Kings (talk) 21:07, November 2, 2017 (UTC)

First of all, I can't tell you how happy I am to see someone else adding quotes and dialogue to the wiki, I felt really alone on this, so I'm glad to see your edits come around. Quite frequently even!

Now, as for what this message is about, it's something really minor, but anyway.

If you look at this page for example: http://elderscrolls.wikia.com/wiki/Skjor#Dialogue

You see that before any topic is said a greeting is written down, and that another line is at the end, for when the conversation is over. Kind of like a hello and goodbye kind of thing.

Now, this is nothing big, or urgent in any way, but if you could add those two lines as well when adding dialogue, I, for one, would greatly appreciate it. I suppose it doesn't really affect the content that much, but it's a nice touch.

I completely forgot about that one. If you'd want to, feel free to finish them, but if you've started an entire new game, perhaps you could help with adding other Dark Brotherhood dialogue? I understand if you don't want to, as I've experienced the games as a lot less pleasant having to note down everything, but it would help get the project done sooner.

Hi Poisoned apples, I'd like to discuss a couple things with you on Discord or in the Chat when you have the time. Let me know which platform you would prefer and when you're available. Thanks! —Atvelonis (talk) 17:40, October 5, 2018 (UTC)

Hi Poisoned apples, considering that your application has received universal support I’m going to go ahead and add you to the news team. Congratulations! We’re very pleased to see such broad support for your applications. Please check Discord for an invitation to the staff’s Slack channel.

I’m heading to upstate New York right now for some canoeing and then I’ll be visiting my parents for a few days downstate. I’ll have some work to catch up on the following weekend too, so I will be unable to write the updates for October 13th or October 20th. If you could write the threads and then ping an admin or moderator on Slack for them to be announced, I would be very grateful. You can check the previous update to see where I left off in terms of news posts and whatnot.

I’ve laid out fairly specific instructions on how to write the weekly updates in my admin guide (the whole thing is definitely worth a read for all staff members, even for non-sysops). There is no official template/design for the updates, but I personally tend to split it into three sections: “TES news,” “Wiki news,” and “Wikia news” (my avoidance of the name “FANDOM” is simply an act of stubborn passive-aggressiveness). You can format it however you like as long as it has all the important information. Other staff members often tend to model their threads off my style, but this is purely a creative decision. I think that the updates would benefit a lot from a new structure, if you would prefer to write them differently.

Rozty, Aramithius, The Cat Master, and others have also written weekly updates in the past and should be able to provide more immediate assistance than me for the time being, if you need any help. —Atvelonis (talk) 02:43, October 13, 2018 (UTC)

Retrieved from "https://elderscrolls.fandom.com/wiki/User_talk:Poisoned_apples?oldid=2964289"
*Disclosure: Some of the links above are affiliate links, meaning, at no additional cost to you, Fandom will earn a commission if you click through and make a purchase. Community content is available under CC-BY-SA unless otherwise noted.