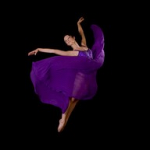 Uh, on the bagruff the greater page, you deleted my edit. I killed a bandit leader and read his journal and it said that he was blind but great at other skills.

Hey there! In answer to your question, Category:Miscellaneous Quests and Category:Skyrim: Miscellaneous Quests should categorise the miscellaneous quests. There might also be a page for it, but I haven't seen one (yet). It would be a good idea for us to have one, though, if theres not one already (I'd check those categories to see). Um ... yeah, miscellaneous quests is one we havent perfected yet (Personally, Im waiting for the Creation Kit to make it easier :) Timeoin•Say G'Day•View my work•Skyrim To-Do List 22:44, January 25, 2012 (UTC)

My first play-through I always play as a male Nord warrior. I switch it up between using my trusty sword and shield and my bow. In Skyrim, I've used magic some, but I usually stick to aforementioned weapons. I didn't use magic in Oblivion at all. My other play-throughs, I use whatever race I feel like playing at that moment. How about you?--SAMurai (-.-.-..-.-) 02:41, January 29, 2012 (UTC)

Oh, you lucky dog! :) So, I have a question. After Benor died were you able to marry anyone else? I'm just curious. I married Aela, and I like her pretty well. She's tough, and has accompanied me on a few missions, and I even made her a Blade. I'm happy with her, but I was wondering if you're given the option of marrying anyone else. I guess I could look it up, seeing as how this is the Elder Scrolls Wiki, but who wants to waste time doing that? :D--SAMurai (-.-.-..-.-) 03:49, January 31, 2012 (UTC)

Haha! It makes me laugh whenever you complain about Benor. It would appear you really scraped the bottom of the barrel on that play-through. :) I've finished the Companion quest line, the Stormcloak quest line, the Dark Brotherhood quest line, and I'm only partly through the Thieves' Guild quest line. Right now, I'm focusing on having the Greybeards tell me where all of the Words of Power are. After I unlock them all, I'm going to continue through and kill Paarthunax so the Blades will associate with me again. I'm really dreading that, but Paarthunax isn't doing me any good sitting atop his mountain all day.--SAMurai (-.-.-..-.-) 04:09, January 31, 2012 (UTC)

Yeah, the two civil war quest line's are pretty similar. I only joined the Stormcloaks because I hate the idea of the Thalmor coming into Skyrim and banning their religion. Arrogant Elf jerks....Between the Greybeards and the Blades, I can't decide who I dislike more. Like you said, the Greybeards are stuck in the old ways and get angry when the Dragonborn uses the Thu'um in a way they don't like. They're stupid. Then the Blades dislike any dragon - even one who is good, like Paarthunax. In a way, they're also sticking to old tradition. They're also stupid.--SAMurai (-.-.-..-.-) 15:01, January 31, 2012 (UTC)

I think the Elven Armor is pretty cool lookin'. I prefer heavy armor, myself, though. I wear a mixture of different types. I wear the Blades Armor, a Helmet of Major Archery, some gauntlets I created myself called 'Claws of the Wolf,' which fortifies my one-handed skill, and steel boots. Like I said, I prefer to rush head-on into combat with a sword and shield, so heavy armor's my thing.--SAMurai (-.-.-..-.-) 01:02, February 4, 2012 (UTC)

Oh Lord! Over-encumbrance is the most annoying thing about TES. I suppose that without a limit, however, people could go on forever and get rich too quickly. I try not to pick up things that won't get me much at the local pawn shop. :D And no, I don't know what time it's in. Good question, though. Maybe ask an admin? Sorry I can't help.--SAMurai (-.-.-..-.-) 01:37, February 4, 2012 (UTC)

Yeah, I don't pick up the dragon bones and scales anymore, either. Well, I liked Lydia until one day when we were exploring the plains around Whiterun and she went crazy and started attacking me. I had to put her down, or she was going to kill me. Last time I saw her, she was floating in a shallow river. I was planning on marrying her, too! Not after that, though... Now, I just take my wife, or sometimes Erik the Slayer. Aela's a good archer, and Erik's pretty tough. Still sometimes, I find myself having to protect Erik when he's low on health.--SAMurai (-.-.-..-.-) 20:03, February 4, 2012 (UTC)

Whoa! Sorry it took me so long to get around to replying. Anyway, like I said, I like the fact that the Stormcloaks are fighting to protect their beliefs, but I don't agree with everything they do, or how they go about doing it. I guess, for the most part, I like the Stormcloaks. I'm not real big on the Roman-looking armor that the Imperials wear. As for Aedra and Daedra, I really don't know which one I like better. What about you? Stormloaks or Imperials?--SAMurai (-.-.-..-.-) 00:55, February 17, 2012 (UTC)

Please be aware that your recent edit to Uncommon Taste was reverted. It might not have been necessary to add that information, since that article only pertains to the book and how the book is acquired. It may be more notable to add that information to page about the characters or the quest page, instead. :) --— Deyvid Petteys (bother \ stalk) 03:14, February 25, 2012 (UTC)

Please note that your last edit to Clothing (Skyrim) broke the table layout and had to be reverted.

Always check your edits in preview. Furthermore Cicero's Clothes are enchanted and dont belong on that page - they already exist here: http://elderscrolls.wikia.com/wiki/Enchanted_Clothing_%28Skyrim%29

Actually - that is a VERY good question. At the moment, we're only using it for houses that the Dragonborn can buy, but you're right, there probably SHOULD be a category for the list of houses. :( Timeoin•Say G'Day•View my work 02:00, March 26, 2012 (UTC)

All NPC dwellings are already categorised under the town/city locations such as "Skyrim: Whiterun Locations". A further sub-category of this already existing category probably isn't of much use at all. Not recommended. Jimeee (talk) 14:59, March 28, 2012 (UTC)

Retrieved from "https://elderscrolls.fandom.com/wiki/User_talk:StarlinSkyrim?oldid=3006503"
*Disclosure: Some of the links above are affiliate links, meaning, at no additional cost to you, Fandom will earn a commission if you click through and make a purchase. Community content is available under CC-BY-SA unless otherwise noted.