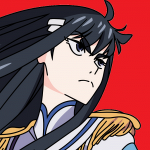 Hello Stygies VIII, welcome to the Elder Scrolls Wiki! We're building a collaborative source of information for The Elder Scrolls, and we need your help!

The userboxes that we have where created by several different editors starting a year or two ago. If you wanted them, you would have to create them. The best way to do this would be to just copy ours and translate them for your wiki. If you wish, I can start looking for somebody who can help with this. I don't know anybody who could help translating, but I can hunt somebody down of you would like.-Cheatcodechamp (talk) 17:53, February 21, 2015 (UTC)

Its no problem, and I am glad you can handle translations, there are few people here who know two languages. The templates coding will need to exist on your wiki, but once added will work automatically just like any infobox or template. An editor who saw your message left a reply on my wall for you if that might help. If you need anything else, just ask.-Cheatcodechamp (talk) 19:31, February 21, 2015 (UTC)

I've added you to the guild, nice to have a helping hand. I've never come in contact with a staff member from one of the non-english wikis from what I can recall, but feels like an interesting experience.

I was thinking that we could be able to play ESO together, but considering you're Polish it seems that you only use the EU server. Owen can probably meet up with you if he's interested though. ☞ Rim < Talk | Updates | Edits > 09:13, May 17, 2015 (UTC)

Hello! Good work on your ESO edits lately, we are certainly in need of people like you to help out. I just needed to pop in and mention a couple of relatively minor policies we have: first, images of characters are always supposed to be 600x1000 pixels, in order to maintain perfect size and quality (unless it's in Daggerfall or something where that obviously can't be done) and a full body image of the character (head to toe, we want it all!). The images you've uploaded are looking pretty spot-on other than that. And also, we don't use the character's gender or the game in leads; usually we stick to their race, location, and occupation (where applicable), for the basics at least. So thanks for your time, and happy editing! —Atvelonis (talk) 02:32, May 25, 2015 (UTC)

Oh yes, also, there generally shouldn't be leads on book articles, unless you write a full summary of it like on Cicero's Journal, Volume I, for example. —Atvelonis (talk) 02:41, May 25, 2015 (UTC)

Hey, just a reminder that character images have to be 600x1000 pixels. Images such as Grinds-Nails.png or Stands-In-Thought.png for example aren't bad, but they need to be the right size. Thanks. Happy editing! —Atvelonis (talk) 20:20, June 20, 2015 (UTC)

The Moot is at a weird time for some people, its not even the same day of the week for some of us.

Anyway, whatever you need from us to help the other wiki is free to use. It sounds like you guys need the help, and it would be stupid for us to deny you that help. So to answer your question, yes, you can use our content to help translate and fill the articles.-Cheatcodechamp (talk) 22:46, July 12, 2015 (UTC)

Thought I replied to this earlier, whoops. Anyway, you'd probably have to remove the background in an image-editing program like Photoshop or Paint.NET or something. I'm not familiar with the process but there are surely online tutorials on how to do it. —Atvelonis (talk) 22:44, July 19, 2015 (UTC)

If it never shows the weight as zero, then put N/A, but if it specifically says it weighs nothing, put a zero. And it is not bothering me when you want to make sure things are being done right, don't worry about it.Cheatcodechamp (talk) 19:24, August 25, 2015 (UTC)

Yeah, its N/A for them. Because they have "lorebooks" in ESO, they wanted to make sure people had to actually go out and find the dang thongs. Whilst on the subject though - with books, the location should be added if its a fixed location (i.e. not a bookshelf) - and a lot of bookshelf-only books also appear physically in one location as well. As for dialogue - I believe it should be on the character's page. The Quest page should have the journal-like quest updates and objectives, but not the full dialogues. (That's my opinion though). Oh, and a caveat - if a character says something really awesome that defines that whole quest, yeah, add THAT to the quest page (as a quote). Quotes add a little something extra to a page, so yeah, feel free to add THOSE there :)

Just wanted to inform you that I have deleted an unused image you added to the wiki. We where unable to use it because a similar image was already in use. I may delete other images I come across for the same reason.

We try to let active editors know when we remove uploaded content. Most of the time they are cool about it, but I feel it is polite. If you need anything else just ask, I am here to help.-Cheatcodechamp (talk) 23:03, August 25, 2015 (UTC)

I noticed that you marked a few of our unused images for deletion. While this is a valid marking, our current goal of putting all possible unused image on article so we can delete the rest makes this redundant. Once we put the bot to the task, all unused files will be deleted, marked or not.

Also, most Morrowind images in that category are sub-par and replaced by better images during Gamin's time here, so most of them need to be deleted anyway. The best way you can help with unused files is adding the ones we can use to articles. Some of our ESO images just need articles to place them in.

Speaking of those images, the ones that ArkaineDestiny added are all from the UESP, unfortunately, so they really shouldn't be on the articles at all. If possible it would be helpful for you to remove the ones he added and re-add the old ones; even if they're lower-quality, having any UESP content here is a big no-no. Thanks. Happy editing! —Atvelonis (talk) 23:34, October 15, 2015 (UTC)

Thanks for adding the images, we are always in need of them. While we are starting to get better article content, our rivals having images while we lack them is something we should strive to alter. I do hope that when possible you try to do minor edits along the images, content is what makes us a wiki.

I will try to remember to handle the images, I have a crap memory these days when it comes to maintenance. Thanks for letting me know, and happy editing.-Cheatcodechamp (talk) 22:48, January 12, 2016 (UTC)

Hey Lusty. For most images that are from DLCs you would use a more specific prefix. For example, for Orsinium you would generally use the Orsinium: prefix rather than Online: which is just for images from the base game. So Orsinium: Book Images for something like this. Thanks. Happy editing! —Atvelonis (talk) 16:49, January 13, 2016 (UTC)

I would love to help you out!! My recommendation for you is to answer all the questions on character creation, instead of quickly generating stuff. Having a "correct" backstory can make the difference between having the hardest time of your life in the tutorial. I personally recommend that when you are answering the questions for your backstory, that when you get the question about what kind of gift you would want (or something like that,) that you answer with the Ebony Dagger. The Ebony Dagger make a huge difference for me. The Ebony Dagger allows you to basically kill every NPC in the tutorial in about two hits -- Including Imps, something you otherwise couldn't hit with conventional tutorial weapons.

Surviving the tutorial is likely the hardest part of the game. I recommend you save often, rest whenever possible (You can rest anywhere to regain health,) and, as a general rule of thumb be careful. I would recommend you read the walkthrough I typed up on the Privateer's Hold page. But, there's also one more thing to note for the tutorial -- If you go up to the throne in the main chamber, and jump onto the throne, then you can basically skip a good portion of the tutorial.

Why put so much attention on the tutorial? Simple. That is by far the hardest part of the game I've seen. The tutorial's simple enemies, rats and bats, two skeletons, and a few imps can easily kill you when you first start playing. I like to think of the tutorial as "Killing Alduin at Helgen." Anywho, I'll leave a few general tips below:

This is about all I can think of for now, but I'm sure something may come to mind later. And, you're fine about not having that much time to get around to playing Daggerfall. Just, sorry for typing a whole essay on how to survive a tutorial. Hope it helps, though!! The_CrusaderTalkpage06:58:08_February 12, 2016

Hey TLD, I saw that in the Weekly Update you mentioned you were in the Legends beta. Unfortunately, the NDA makes it so that people who are in the beta can't even announce they are in it. This was confirmed by the official brand manager about a month ago. Please edit your post so that it doesn't mention you being in the beta. We won't punish you, don't worry, this is just notifying you of the NDA's terms. ☞ Rim < Talk | Updates | Edits > 00:13, June 8, 2016 (UTC)

Done. Although in the future it might be easier to just tag pages with {{Delete}} and a reason for deletion, which will add them to the Deletion Candidates category. Myself and the other admins go through this periodically. —Atvelonis (talk) 14:49, November 18, 2017 (UTC)

I noticed that you have added a lot of borderless card images to Polish TES wiki. I wonder if you could add them to this wiki too, or let someone else do it. --DreamSoulshine (talk) 08:50, January 20, 2018 (UTC)

Retrieved from "https://elderscrolls.fandom.com/wiki/User_talk:Stygies_VIII?oldid=2872488"
*Disclosure: Some of the links above are affiliate links, meaning, at no additional cost to you, Fandom will earn a commission if you click through and make a purchase. Community content is available under CC-BY-SA unless otherwise noted.