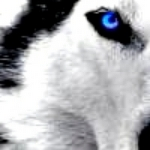 Hmm, for some reason my brain had pulled up a red flag when I saw it. I had reread it a moment too late and realized how much of an language fail that was. Tarkastio (talk) 06:26, February 13, 2013 (UTC)

thanks for being... reasonable? lol just for not being stupid or hateful or super opinionated... so yeah thanks from a newbie

A stub can be removed once all necessary information is in the infobox and the character, location, quest, etc. has an adequate amount of information on the subject. Some pages will never have a lot of information to add, especially if it's for a minor character. If you edit such a page and you find there is nothing else to add, then you can remove the stub and just note in your summary that you removed the stub and there is nothing more to add. —TombRaiser SPEAK! 18:25, February 25, 2013 (UTC)

I added the correct image to the Mute Screaming Maw, the one you added was of a Blind Watcher's Eye. I have seen you also are interesting in adding to Shivering Isles articles. I am about to rewrite New Sheoth Palace and merge a few other articles into that one, I'm also doing "area" articles like The Fringe with images and adding everything that in is the area on one page. I've also done The Isle of Flame. Just letting you know what I'm doing. :)

Sorry, I put that image there because the article said that was what it looked like. Pardon my mistake. I will make sure not to interfere with your area articles. :) Tarkastio (talk) 22:51, February 25, 2013 (UTC)

Hey, good work so far :) I've just finished Madgod's Boot. What you could do is to have a look at the camps and caves locations if there is anything else to add to them. I know many camps only have a short description but maybe something more can be added. EbonySkyrim (talk) 22:24, February 27, 2013 (UTC)

Hey Tarkastio :) I just want to let you know I have done small editions on your images, right now on this article, The Laughing Coast. They where a little bit too dark and I think a little bit too wide. It is good to try and have the same size all the time. Have a look at the size I use or TombRaiser use. I also added a new map as I had thought about having locations in the area on the maps. I saw you had uploaded the maplocation in png can you do that when taking all images? We love png files. :) EbonySkyrim (talk) 17:56, March 1, 2013 (UTC)

Hi, when I take a screenshot it's the same size as my screen resolution but that it too big I think so I resize it a bit so it looks better in my opinion to 1634x1048. It just turned out to be that the fist time I decided to use the same size everytime. I know TombRaiser has another size on hers but they are still more rectangular as mine are and not so wide as in some infoboxes it looks a bit awkward when it's so wide. She has in the ingredient boxes arranged for 1024x768 for example... I always edit my images in a graphics program because images taken in a cave for example are way too dark or yellow so I make them look more "real"... as for maps I decided to have that size mostly because you can't get a bigger map like in Skyrim. As for the other matter, there should not be any GUI or anything else in the images unless it's for a purpose, like explaning something, those can be replaced if you can take new images. For characters the size is 600x1000 px or 600x1080 px and it must be in fullfigure. EbonySkyrim (talk) 22:58, March 1, 2013 (UTC)

Hi Tarkastio! Thanks for adding the IDs of locations to the infoboxes. I also wanted to let you know that I'm going to be changing the "RefID" to "LocationID" for all location infobox templates, because RefIDs really pertain to NPCs and not locations. It will be a quick fix as I will use my bot to make these changes. I've already run the replacements on the Shivering Isles location pages as you may notice by viewing the edit history. Keep up the good work! :) —TombRaiser SPEAK! 20:06, March 3, 2013 (UTC)

Take a look at the Embershard Mine page's history. I replaced the {SkyrimMines} template with the {SkyrimLocations} template and just added in missing information. —TombRaiser SPEAK! 03:24, March 4, 2013 (UTC)

I should probably have also told you that when you remove the SkyrimMines template (as with the others), you may have to add back in Category:Skyrim: Mines, because that category is added automatically with the {SkyrimMines} template, and since it's no longer being used, it won't add it. Just do a double check, and if the category isn't there, add it, if it is, then all is good. Hope I'm not confusing you too much. :) —TombRaiser SPEAK! 05:50, March 4, 2013 (UTC)

RE: as per your request Edit

You have no idea how glad i am somebody filled the order, i almost forgot about it. Most of our users dont play Oblivion anymore so i almost gave up on seeing the images ever showing up. The best part is some of these images can be used on other articles, making them ever more useful.

Hi Tarkastio, I'm not an expert really on weapons articles but my first guess is that people have forgotten to remove the stub. But on the other hand on many other weapons pages on both Oblivion and Skyrim articles there are tables with facts. The ambition might be to have that on some of those pages at least. The best is to ask one of the admins, TombRaiser or Jimeee. Jimeee is the one who has done the most on Skyrim's weapons but I don't think he plays Oblivion but he might have an opinion about it. I've also seen you have uploaded a few location images. Can you make them rectangular instead? Like this as I do it Glarthir's House or as Tombraiser do it Baldor Iron-Shaper's House. As I said before it looks better :). I'm very picky when it comes to images.... "LOL" :):):) When taking a character image it's great if you can get them from the front, standing with the hands down... like this one Martin Septim. EbonySkyrim (talk) 08:36, March 7, 2013 (UTC)

Hi, don't worry but I did mention it earlier to have a look at mine or TombRaisers location images. I've never heard about square images I'm afraid but since I started to upload I have used a fixed size for consistancy. Map images depending on game as Oblivion don't have the same map overview as Skyrim. Ingredients are 1024x768 px. the infobox there are fixed for that size. About weapons and items, usually they are prefered with transparent backround and with the highest quality that you can get in your graphics program and screenresolution. Have you looked at other images to see how they are? When getting the characters you need to use console commands, tai for them to stand still, tfc for free camera and tm of course to get rid of the menus etc. Console Commands (Oblivion). EbonySkyrim (talk) 09:08, March 7, 2013 (UTC)

Hey, that's fine... no need to hurry as CCC says. That's Cheatcodechamp BTW. That happened to me the other night too, suddenly my internet failed as I was editing 3 articles at the same time as they where connected. But luckily I have a mobile internet connection too so I used that. On the images.. you don't have to redo them... if you want to, do it whenever you feel for it. As for the transparent images, I have done this for so long it's not hard for me. Some items only take a few seconds like the journals. I do one and then I copy the next over it and use the tools to mark it and delete and it'sdone. What kind of graphics program do you use? If you like I can make them on the Shivering Isles items as I have done so far... I just upload a new version over yours. :) EbonySkyrim (talk) 23:02, March 7, 2013 (UTC)

I don't believe there are any set locations on where random weapon types are found since they are level based. So, just like the other small pages, if there isn't anything else to be added to the page, you can remove the stub. —TombRaiser SPEAK! 22:55, March 7, 2013 (UTC)

Ive been working with Articles Missing Data and i came across a clump of articles that needs some images. I would post the request on that list you found my drop points on, but im thinking that by asking people directly we can get more images on the wikia faster.

In Oblivion, there is a cave called Lost Boy Cavern that is home to a broken quest and Erandur-Vangaril. If you get the chance, can you go into the cave and get images for the cave, Erandur, and the notes left behind by him. If you need help with the locasions of the notes and letters. I dont remember how many notes there are, its been awhile and our wikia hasn't made a clear list (i may need to fix that), i would recommend trying UESP if you need help finding the exact spot the letters are.

Retrieved from "https://elderscrolls.fandom.com/wiki/User_talk:Tarkastio?oldid=2564609"
Community content is available under CC-BY-SA unless otherwise noted.