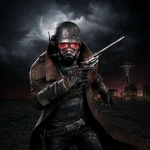 Hello ThePurpleArrow, welcome to the Elder Scrolls Wiki! We're building a collaborative source of information for The Elder Scrolls, and we need your help!

Regarding your snide remarks Edit

Typically, someone did not state their issue to me, but rather whilst I was away, something that isn't respectable. Allow me to clear up a few of your comments, since you obviously don't know what you're talking about right now.

Whilst you're entitled to your opinion, again, just as I've stated before, you don't have much of a reason to even attempt to speak down to me. I said some things you didn't like and had a rule made. By using the chat, you agree to follow that rule.

Throughout late 2013 and all of 2014, people coming to the chat and hosting "relationships" caused a lot of in-fighting and arguments, that almost led to the entire wiki's main community (collection of largest editors) simply leaving the chat. It also birthed the largest split we'd had as a site. If you know the rule, it forbids people from displaying their "relationships" in main chat. In private, they can do as they like, as long as harassment and such stays out of it. Never was their an attempt to regulate that, simply to stop it from being brought into the main chat.

"That's the same core thinking process as most homophobes"

Such a nice comparison. It truly shows how educated you are, drawing a connection between two things you dislike for no reason except to seem like you have a point. Reminds me a lot of the "Trump=Hitler" reasoning social media sites are filled with. You should know that isn't how homophobia often works, either. Usually, it's a stand for traditional viewpoints and busted morality which I frequently speak against, or it is a thought pattern installed/developed during early childhood, so why the fuck you even thought to bring it up is beyond me.

In short, if you're going to sit here with a straight face and attempt to defend people roleplay fucking in main and filling it with pathetic displays of typed make-believe, at least do it when you know I can respond and correct you with just as straight of a face.

Well I guess I didn't realize online dating had been tearing the chat apart for several years. Forgive me for insulting you whilst unaware of how things had been in the past, since I only joined here a few months ago so I'm not really to blame, but to me it seemed as if you were intentionally trying to harass Meerkat and Kitty a while ago because of their participation in something you did not agree with. You surely didn't give any clues then you were trying to save the chat from being plunged into chaos by these people. I'm sorry for my misunderstanding though, as you know I do sometimes engage in discussions while I don't complete have my facts checked.

I'm also sorry if I offended you by talking about you while you were away. It's not like I was too cowardly to say it to your face though, I'm pretty sure you know that And although I wasn't completely intending to insult you by saying I think you're a bit of an asshole since I have considered you one of the most interesting guys I've met here, you really haven't done a good job of disproving it with your constant suggestions that I'm the kind of guy to write Youtube comments saying things like about not liking of Justin Bieber (and things like that), when I am actually the opposite of that, and those kind of people annoy me, and I think this IS the kind of hateful stereotyping that homophobes engage in. You're as much of a coward as I am for refusing to respond to my points sensibly in favour of making nonsensical remarks about the kind of person you think I am. I did say something stupid about not liking mainstream music because it reminds of the worst parts of society that I've encountered which I can't remember the exact quote of since I don't have a picture-perfect memory or have it saved it somewhere so I can bring it up whenever we get into a disagreement like you obviously do. I was massively exaggerating, I do like quite a bit of popular music and you know I do, since you said it yourself that Pink Floyd is one of the most popular bands of the past few decades. I also like typical pop music like some Ed Sheeran and Taylor Swift among others and yes sometimes the fact that people I've met who are interested in certain kinds of music have tainted my interest in those kinds of music. That is not the point I'm making, the point is that you should stop bringing up this old quote that I've admitted was a massive exaggeration, just like I've been told the way you've described this whole online dating thing in the last few years was. I'm sorry for my misunderstanding and for insulting you, but I am not the retard (as you like to call it) who has these kind of view-points and I'd like for you to not refer to me as such.

I have been receiving some complaints from several other users about your conduct in the chat. Some of your random questions are offending people and bothering others and have been perceived as trolling. This is your warning. Please stop this behavior and just talk like everyone else, no spoilers to shows, no bait/trolling questions. Thank you! I hope we can catch up soon.

Retrieved from "https://elderscrolls.fandom.com/wiki/User_talk:ThePurpleArrow?oldid=2192366"
Community content is available under CC-BY-SA unless otherwise noted.