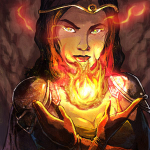 Re: Name to property boxEdit

they do become essential but i was hoping you could tell me that somepoint in the future after the missions keep recycling they become killable like the companion circleA.z01 (talk) 12:16, December 22, 2014 (UTC)

Merry Christmas Tomb and, if i dont see you before, Happy New year :) Emperor Jarjarkine

HEY Tomb. I just wanted to thanks you for your amazing work on TES but also for all the help youv'e done for me here and on other wikia. You are a great person and a great mentor. I will never forget what you did for me ! Emperor Jarjarkine

TombRaiser is basicly retired from the wiki and very rarely here now, if you check the quest pages bugs list here the bug is there and with a possible solution. The forum is a better place to ask for any help though. AzuraKnight (talk) 15:04, August 5, 2015 (UTC)

I just wanted to message you about a closed thread, from three years ago.... So i completely understand if you think "why are you messaging me about this... it was closed 3 years ago." If you are interested it was just about the Dawngaurd dlc debating weather or not the dragonborne was a pure-blood vampire. This may have already been adressed so apologies if it has been however the discussion (http://elderscrolls.wikia.com/wiki/Thread:226871#105) ended with the conclusion that the player was not pure-blood however i believe the player is as Harkon's wiki page says “Harkon is one of the few individuals capable of granting pure-blood vampireism” and he says " You contracted a disease, perhaps, but you are no true vampire. Accept my gift and i promise that you will learn the difference..." suggesting that what he is offering is pure and not the common "desease" of vampirism.

Thanks for reading this if you did :)

Retrieved from "https://elderscrolls.fandom.com/wiki/User_talk:TombRaiser?oldid=2179099"
*Disclosure: Some of the links above are affiliate links, meaning, at no additional cost to you, Fandom will earn a commission if you click through and make a purchase. Community content is available under CC-BY-SA unless otherwise noted.