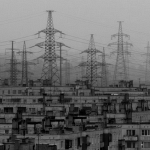 I have the exact same problem. The category widget at the bottom of each page doesn't work at all. I did notice, however, that one category can be added this way. Just type in the category you want, then click the save button. It only works for adding one category, though. No idea why it's broken. Probably a problem with Wikia itself.

Are you having this problem too? Every time I edit a page, the edit summary sidebar, with the "preview" and "publish" button shows up way at the the bottom of the edit window? It's rather annoying, having to scroll down three times just to "preview" an edit. Also, when I do eventually publish any edit EVERY SINGLE TIME, I receive a server error from Wikia. Then, I refresh the page, and my edit ends up being published. What's up with that? --— Radical D (bother \ stalk) 20:44, December 2, 2011 (UTC)

Hiya Verc. Just got over to your page and see you guys are having the same problem I have ahad with the category box at the bottom. I have just been going back and editing in visual mode to add them in the side box. DLanyon (talk) 03:39, December 6, 2011 (UTC)

Lol yea they are pretty awesome, but not mine. I copy it from a norwegian site "artige.no" and post the best images on my user page :P like now i posted the best skyrim ones. Anyway Thanks for the message :D

Good question. Since staves raise no skills, what should be put there? I would say, either simply put "staff" or "staves", or you could link to the Discipline of Magic of the Staff's spell. For instance, a Staff of Fear would be Illusion while a Staff of Zombies would be Conjuration. --— Radical D (bother \ stalk) 11:18, December 4, 2011 (UTC)

Hi there. I saw you added a few templates on location pages.

Just to let you know we have many specific location templates (such as Dragon lairs, Giant camps etc) located here: Category:Templates/Infoboxes. These somewhat follow the layout of the default location template and should be used whenever possible as it will help categories everything. Thanks!

It appears the color scheme of all item-based templates were changed from black to blue to match {{SkyrimCharacters}} and {{SkyrimLocations}}. Blue, apparently, serves as the default color for all Skyrim articles on the wiki. Now, I didn't make this decision, or any of the relevant changes. It's just an observation I've made, watching the Recent Changes. I suppose I support it, for continuity's sake. --— Radical D (bother \ stalk) 14:55, December 9, 2011 (UTC)

I changed weapons templates back - I have no idea why it was changed at all - but it looked ugly and i'm glad you agree with me.

Ok, i understand that we consider it unique because of its limited availability. Sorry for interrupting your workflow, you do an incredible amount of work here! Maybe the description of the Shiv on the Unique Weapon (Skyrim) page should reflect that it is 'semi-unique'? --Loonix (talk) 20:06, December 15, 2011 (UTC)

Heya, Verc. I saw your question on Jimeee's page. The sections are there in the infobox template. But with the new code the box will "collapse" and not show up on the page if the section is left empty. DLanyon (talk) 13:14, December 19, 2011 (UTC)

Dear Vercinghetorix, you uploaded and added a picture called lisette.jpg. But that is Vivienne Onis, not Lisette. I think you made a mistake ;) Maybe you can rename your picture to vivienne onis and upload another picture of lisette. Thanks in forward and greetings, Kennyannydenny (talk) 07:56, December 20, 2011 (UTC)

No problem. Everyone makes mistakes. Thanks for uploading the new pic, i can't do that because i have Skyrim on the xbox 360. So my pics become ugly. Thats why i asked you. Again, thanks ;) Kennyannydenny (talk) 16:38, December 20, 2011 (UTC)

Hey there! Sorry I didn't approach you about this sooner, but I modified your {{College of Winterhold Quests}} template. Recently, we created an infobox for quest pages and the vertical template didn't work with that infobox, so I made the College of Winterhold one horizontal, like the one for main quests. I also changed the Dark Brotherhood one and made a brand new for the {{Thieves Guild Quests Skyrim}}. Hope that's alright! --— Radical D (bother \ stalk) 02:39, December 22, 2011 (UTC)

I know there's Finding Tolfdir's Alembic, and the Master-level training quests for the Schools of Magic. There are some other fetch-quests, but I wasn't sure if those counted specifically as "faction quests". I can add them in if you think they're important enough. Of course, we'll have to add the template to those quest pages as well :) --— Radical D (bother \ stalk) 19:58, December 22, 2011 (UTC)

First of all thank you for editing.I have found a bug in Good Intensions Quest .When Ancano wants you to follow upstairs to the arch mage Quarters,the conversation your picture shows,well If u don`t follow him right away,(travell somewhere else....) the door where he is waiting will be looked,the door on the other side is still open and u can join the meeting but Ancano won`t come.making the Quest unabel to trigger.(PS3). now i have writen this to you because i wasn`t shure if this is a bug or if I was unlucky. I can`t check because I don`t have a saving to start the Quest again.Defjeff (talk) 13:32, December 23, 2011 (UTC)

Could you please save your pictures in PNG format? Anything that's low res and JPG formatted will only have to be switched out later. If you are using Fraps, you can easily change the setting to immediately take pictures in PNG format, thus negating any extra work. Thanks! Winnersusedrugs (talk) 22:04, January 5, 2012 (UTC)

OK thank you so much for letting me know! I appreciate your format switch and will continue to swap out the photos I see that are still in JPG! :) Winnersusedrugs (talk) 23:05, January 5, 2012 (UTC)

Retrieved from "https://elderscrolls.fandom.com/wiki/User_talk:Vercinghetorix?oldid=2212357"
*Disclosure: Some of the links above are affiliate links, meaning, at no additional cost to you, Fandom will earn a commission if you click through and make a purchase. Community content is available under CC-BY-SA unless otherwise noted.