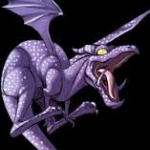 Hello WhenDovCry, welcome to the Elder Scrolls Wiki! We're building a collaborative source of information for The Elder Scrolls, and we need your help!

I've unlocked the page now so that you can make your revision. Make sure to add a citation if it's only something that's found in dialogue. By the way, good work with that dialogue on Lisbet, I've been meaning to add more Skyrim dialogue to the wiki but haven't gotten around to doing very much in a couple years. —Atvelonis (talk) 17:06, February 10, 2017 (UTC)

On second thought, I think you're right. I didn't notice the DLC stuff already listed on there, and even if it was absent I think it would probably be more useful for readers to have the DLC armor listed, as long as it is noted that it is DLC (which you included). The separate DLC armor pages can remain as a clearer example of exactly what is added with the DLC, but I don't think I mind mixing in the DLC content with the regular content in this particular situation when it is appropriately formatted. You can revert my edit, but leave the {{See also}} bit that I added at the top. —Atvelonis (talk) 22:12, February 14, 2017 (UTC)

The Shields (Skyrim) tables are transcluded on Armor (Skyrim) through some complicated tagging mechanism that I don't know much about. At a glance I'm not sure why it's only showing part of the list. Jimeee would probably know, but he's long gone. I'll take a closer look at it this weekend when I have more time (read: sanity), and I'll get Flightmare on it if I can't figure it out myself. —Atvelonis (talk) 23:44, February 15, 2017 (UTC)

Hey Dov, I got rid of those extra " 's" because the meaning with or without it remains the same, which renders the extra " 's" useless. Using "Farkas' " is still giving the same meaning as "Farkas's." There really is no clear set of strict rules regarding the use of apostrophes in this way, only a couple of different techniques. Which techniques are used also is up to preference, but in the end they both mean the same. I won't be changing back the edit, as it would make no difference, but I just wanted to clear that up. - Kora Stormblade (talk) 22:57, March 8, 2017 (UTC)

Retrieved from "https://elderscrolls.fandom.com/wiki/User_talk:WhenDovCry?oldid=2336897"
Community content is available under CC-BY-SA unless otherwise noted.