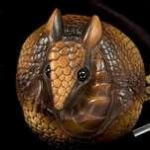 Hello Yumyum36, welcome to the Elder Scrolls Wiki! We're building a collaborative source of information for The Elder Scrolls, and we need your help!

Thanks for the images and stuff. Like I said in chat, here's the code you'll want to put in the Summary section for each image:

Is it really? When I signed up it gave me an EULA by ZeniMax. It still can't hurt to pick Bethesda though, as they still hold all Elder Scrolls rights in the end. — Flightmare (talk) 14:44, April 22, 2016 (UTC)

--- Thank you for the help. Just going to put bethimage in a pre box for easy copy/pasting.

Firstly, thank you for helping with the Elder Scrolls Legends pages - its greatly appreciated.

If its possible, could you make a slight change to what you're adding to the pages when you do? If its possible, if you can add a link to where the info has come from, so we can reference it. The reason for that, is that we (as a wiki, and the admins here) have the unfortunate task of having to remove any content that is a breach of the Non-Disclose Agreements for betas. - If its from their website, or a gaming website like Kotaku, Fraghero, (name the million gaming websites here - that's okay! We just need to reference it as such so noone accidentally deletes it thinking that it shouldnt be up here).

This in itself seems a lot scarier and serious than it actually is, but as an Admin, its my job to make sure we aren't breaching copyright/NDA stuff - we had the same issue with Elder Scrolls Online, and Skyrim.

Now, having said that - keep doing the awesome work you've been doing. And yeah - if you could add a link, that would be really helpful to me. (If you dont know how to add it as a reference, that's okay too - one of the people here can show you quite easily, if you want to learn, or, worst case, we can fix it up once we know the link. Timeoin•Say G'Day•View my work 19:37, April 22, 2016 (UTC)

Aaah! So they are! I hadn't actually seen the gameplay trailer (yet), as I was at work at the time. As to the references - thank you! It really will help a lot. :)

And now that the "scary admin rant" has been concluded - I'd just like to re-state the two more important things that I'd said in the last message - namely - hello and welcome; and secondly - keep up the awesome work. (And for your own information - as long as its up on the internet somewhere, and its linkable (i.e. a website, not someone's facebook page where they are leaking NDA stuff), it should be okay to reference and add it. (I say this because you seem quite eager to help, and, we need enthusiastic newcomers, as they're a wiki's lifeblood, really :D Timeoin•Say G'Day•View my work 19:57, April 22, 2016 (UTC)

Heh. I understand. My wife's ADDICTED to Hearthstone. And as to the willpower cards - oops. It hadnt shown up (yet) in the categories section of edit page, so I didnt realise it was already created. (Incidentally, even if it wasnt - "Legends: Willpower" is a muuuuuch nice category name Timeoin•Say G'Day•View my work 20:40, April 22, 2016 (UTC)

Just a small thing - do you know if stuff like Lurchers and Dreugh are considered races in Legends? Wasn't sure if the game or its creators explicitly say they are or not. In other Elder Scrolls games, Lurchers and Dreugh (and some other stuff) are considered creatures, and races are usually limited to the elves and humans. --Shockstorm (talk) 17:15, April 29, 2016 (UTC)

I was going to say that it's probably against the NDA (Youtube Videos are usually leaked content). Then I checked out the video - I think given that he's a YouTube celebrity, it'd be an approved post. So - a link to the video itself, with the name of the video included, will work as a reference. i.e. <ref name="Gander"> [https://www.youtube.com/watch?v=r6WD9yM0YJI |'Ave a Gander at - The Elder Scrolls: Legends] </ref> Timeoin•Say G'Day•View my work 23:16, April 30, 2016 (UTC)

I've fetched the attribute icons from the official site, I'm sure you know of some way of using them in articles or infoboxes. You can find them here: 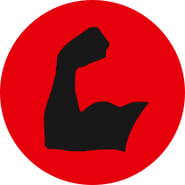 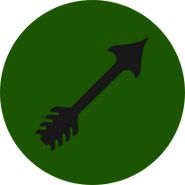 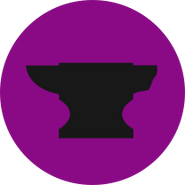 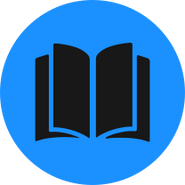 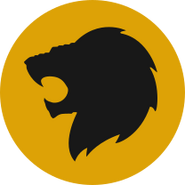 I see you beat me to making Template:LegendsIcon. However, some cards (and opponents) use dual attributes. I've updated the functionality with a lua script. Usage remains the same, but we can now add multiple attributes with commas: strenght,intelligence,agility or str,agi,end or any combination of them. Keep up the good work! — Flightmare (talk) 12:09, May 22, 2016 (UTC)

To clarify this, I really want to avoid using constructions like |attribute1=strength |attribute2=agility, that's why I combined it. — Flightmare (talk) 12:11, May 22, 2016 (UTC)

I noticed the new card template, it made me think we could use a text-version too. So I made Template:CardTooltip (might need a better name for this) to make cards appear when you hover over their name: Deshaan Sneak 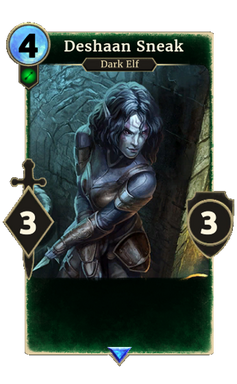 . I'm not 100% sure about these arguments, but requiring the user to enter it in URL-style allows using the pipe trick to omit the (Legends) part. This could probably be of use in large bodies of text such as in depth strategies or deck lists (used for listing decks of story mode opponents). — Flightmare (talk) 18:57, May 23, 2016 (UTC)

I have some CSS we could use from another card game wikia if you're interested. One of them is slightly glitchy, but works in forums. The other other is smooth, but doesn't work in forums/comments. http://eternalcardgame.wikia.com/wiki/MediaWiki:Wikia.css
Yumyum36 (talk) 23:17, May 23, 2016 (UTC)

Made a version that works on forums: (tested on another wikia.) Very glitchy CSS though. http://elderscrolls.wikia.com/wiki/User:Yumyum36/sandbox

Here's the CSS, be prepared to be disgusted by the ugly abomination I made. http://elderscrolls.wikia.com/wiki/User:Yumyum36/common.css

Can make the Image Smaller/Bigger and can change where the image appears in relation to the text pretty easily. Works on profiles, forums and comments and is basically one tooltip in another one, with a hover box that appears and disappears whether you hover over it to hide the glitchiness. Yumyum36 (talk) 00:25, May 24, 2016 (UTC)

So there's basically two things that bite this template. If I make the position fixed, it will be rendered in some invisible corner at some time. When I make it absolute, it renders everywhere just fine, unless it is near the bottom of the page, then the overflow isn't working and the image is cut off. — Flightmare (talk) 01:32, May 24, 2016 (UTC)

I can fix this with JavaScript, though I wanted to find a pure CSS route first. JavaScript can make it appear at the exact mouse location, and can even render it above the mouse when there is lack of space below. — Flightmare (talk) 01:34, May 24, 2016 (UTC)

The fix (I think) is putting this below the hover code in the CSS:

And then you put these around the hover code:

But I'm not sure if it'll interact with anything else, and also it also will put the image on top of the page but under the edit button as an example and a couple other weird things. Yumyum36 (talk) 01:42, May 24, 2016 (UTC)

I got into the beta, and was going to help get images, do you know where the card images can be found, or do I have to go through the game and screenshot them? You should've respected my authoritah. 17:12, July 29, 2016 (UTC)

Harald Bluetooth Gormsson (talk) 10:47, August 3, 2016 (UTC)Hello mate. So I checked out and edited some pages about Legends. Turns out that the Card articles have an 'Artist' section and I don't know why. Atvelonis told me that you have edited those in. Can you explain why? As of late, I don't think that there are specific credible artists to any of these cards apart from the credit team at Zenimax and Direwolf themselves.

Hello Yumyum! Hope you are well.

Is it alright if you check out these pages for me and see if they could get any extra content? They're all a little...dry. I would do it myself, but I don't have Legends downloaded yet (I'm in the beta, just I don't have the internet to actually download the game.) Thanks in advance, pages are below.

I do. As I stated before, I'd do it myself but I don't have the ability to download the game at the moment. Enjoy your vacation though, you don't have to help out right this very second if don't want to. Whenever you get a moment is fine with me (be it one hour or a week. Enjoy yourself, don't let me get in the way of you having fun :) ) The_CrusaderTalkpage08:19:11 August 07, 2016_

What are you thoughts on this? To me, it makes sense that they be categorised as "Legends: Orsimer", for example. They are titled as Orcs, but they are known correctly as both in every other game in the series. (Well.. barring the ones where they are non-sentient beings). Anyways - let me know your thoughts on the idea :) Timeoin•Say G'Day•View my work 02:49, August 19, 2016 (UTC)

Saw your edit today, any chance we'll be seeing more of you in the future? Your contributions to Legends articles are unmatched by anyone else on the wiki - we'd be very grateful if you continued to expand them! —Atvelonis (talk) 01:16, February 13, 2017 (UTC)

Looks like there's going to be a new expansion for Legends about the Dark Brotherhood. Really hoping you'll pop in again and help add pages/images for the new cards - if you have the time/interest, of course. —Atvelonis (talk) 14:50, March 13, 2017 (UTC)

Retrieved from "https://elderscrolls.fandom.com/wiki/User_talk:Yumyum36?oldid=2338373"
Community content is available under CC-BY-SA unless otherwise noted.