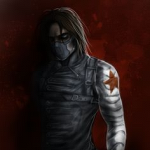 aka The Winter Soldier

I will be on vacation for the next couple of days, so it will take me longer to respond to messages.

This is my talk page. If their is anything you want to say to me, please feel free to leave it here .

What would you want to discuss?

If you really were thinking about leaving/taking a break. I would just want you to know that the work you've done here on the wiki is greatly appreciated, and that I would urge you to stay with the wiki throughout the upcoming release of Online to help us out. You are, as I said earlier, a great asset to the wiki and it would be a great shame to see you go. Although, only you know what is best for you, and it is your decision at the end of the day. Just take that as a motivational speech if you are not actually thinking of leaving and wanted to discuss something else :P. Flugsmith (talk) 18:18, March 31, 2014 (UTC)

So as new GM I assume you want me to control Baldur and Erik. I would like to ask where you wanted to the story to go so I don't stray too far from what you originally intended.

Also if you are really thinking of leaving and not just taking a break then I would like to say that it was an honor kinsmen. You and your blogs were the reason that I joined this wiki, the reason why I too debated against the Imperials and tried to clean up the biased view of the wiki. Talos guide you. Talos guide you Kinsmen Speak Citizen! 19:20, April 1, 2014 (UTC)

I hope you don't mind but I will reword some of the Taking up Arms because of the excessive use of the word "If" you put, and adding some links to relevant pages. Should you not like the changes you can revert my edit. Talos guide you Kinsmen Speak Citizen! 19:12, April 2, 2014 (UTC)

I always thought you used console. I must have gotten confused. Oh well. Hey about RPs, people in the Frostfall RP are waiting for Baldur. Talos guide you Kinsmen Speak Citizen! 16:26, April 6, 2014 (UTC)

Just thought you should know, I just got to Eastmarch in ESO, and you get to meet Ulfric's ancestors, specifically Thane Mera Stormcloak. DRAEVAN13 01:29, April 7, 2014 (UTC)

What I was planning was for us to find out how to make Black Glass weapons then for us to make some and then kill the Queen and her army. Talos guide you Kinsmen Speak Citizen! 13:54, April 27, 2014 (UTC)

so there can be an emporer in elder scrolls online ?

When you're not quite sure about a page's veracity, be sure to click on "My Tools" at the bottom of the window, then "What links here" to see if other pages reference it. Since I haven't played Online yet, that was what I did, leading me to The Wandering Minstrel (well, not really, I kinda remembered the Sweetbreeches' name from when I edited the quest article). Hope this helps. —Sky Above,Voice Within · Show thy Voice! 00:46, June 2, 2014 (UTC)

gathering some emperical evidence, was wondering if you'd be able to contribute :)

I've been chatting with a guy Named Billy on a blog, he keeps insisting Revyn Sadri increases his prices if you return the stolen rind directly to Viola, he sites the wiki entry on this site as 100% proof, me, not taking wiki entries as 100% fact sought to discover this first hand... to no avail, I tried under numerous criteria, even got a few friends of mine who play to test it, one of which plays on Xbox and none of us found any difference in his prices afterward and his prices were the same as the other vendors as well.

You seemed to support Billys statement about the raise in prices, did you actually have this rise? if so, by how much and what criteria... I find it hard to believe my self an 11 others all had the same glitch multiple times, but I still want more input befor I make a correction to an entry... perhaps i'm to cautious and exacting, oh well, it's my way -'J

I have not seen this happen, but I have had another user say the same thing in a debate on YouTube, however I do take your word if both you and other friends were unable to find it. I personally never really did that mission, and currently might not be able to try Skyrim. So, I might have to see. In the debate with Billy I was simply expressing some possibilities if he was right in that theory. Zippertrain85 (talk) 19:39, June 19, 2014 (UTC)

I have parents that let me play mature games. I've even played HAPPY WHEELS for freakin sake!

Well at least I can still look at the Wiki without an account. I wasn't planning to write anything anyway. Oh and PS... The staff have no control over my age. Go ahead and ban me. You'll see what happens. Or, you probly won't. Nirnroots is gross (talk) 22:57, June 26, 2014 (UTC)Nirnroots are gross

Hi this is plasma from cc

I was trying to confrim about jigsaw who is sock here i am not a sock ask the trustworthy admins in cc and unban me i was here check and prove jigsaw was a sock.PlasmaX~~Wanna Talk?~~My Contributions 19:43, June 29, 2014 (UTC)

Yeah you did i was here to confrim about bree and jigsaw not an alt of them but a helper of cc chat and featured user of pokemon wiki.  Ask in cc it is my only account.PlasmaX~~Wanna Talk?~~My Contributions 21:09, June 29, 2014 (UTC)

By request of SuperSajuuk on chat, I'm actioning an interaction ban between youself and SuperSajuuk. Both of you are officially prohibited from interacting with each other, in any way, on the wiki in order to avoid future conflict.

After the restriction has been enacted, the next time either person violates the restriction prohibiting any interaction, the violator gets an official warning. After the warning, any further violations by the same editor will result in the editor being blocked. The administrator making a block should determine the appropriate duration based on the circumstances. As long as the other editor does not respond or do anything to violate the restriction, the other editor will receive no warning and won't be blocked.

Prohibited actions under the proposed restrictions would include:

If either of you absolutely need to contact each other, you can only do so via an admin. All violations must be reported to an admin. If the violation occurs on chat, a screencap must be provided as evidence.

Retrieved from "https://elderscrolls.fandom.com/wiki/User_talk:Zippertrain85?oldid=1598606"
Community content is available under CC-BY-SA unless otherwise noted.