"Your White-Gold Tower will serve as an anchor point for my dark machines."
―Molag Bal[src]

White-Gold Tower is a location that appears in The Elder Scrolls Online: Imperial City. It can be entered via the Irrigation Tunnels, Lambent Passage, or Harena Hypogeum.

Fulfill the Elder Scroll prophecy by freeing the tower from Daedric clutches.

Loremaster Celarus asks the Vestige to find the time breach in Divad’s Chagrin in order to find a way to Josajeh.

The Tower with the Dark Anchor. 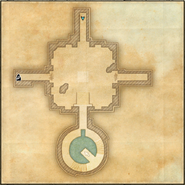 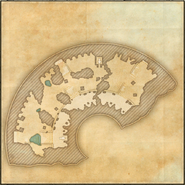 Green Emperor Way map.
Add a photo to this gallery

Retrieved from "https://elderscrolls.fandom.com/wiki/White-Gold_Tower_(Online)?oldid=3078913"
*Disclosure: Some of the links above are affiliate links, meaning, at no additional cost to you, Fandom will earn a commission if you click through and make a purchase. Community content is available under CC-BY-SA unless otherwise noted.