Dialogue with Ulfric Stormcloak, Windhelm's current Jarl, reveals that he does not attend to the issues occurring in the Gray Quarter due to being too busy with the rebellion.[12] The guards seldom patrol the Gray Quarter[10] and their reasons vary, depending on the characters spoken to within the city.

Despite the claims of Ulfric's racism towards anyone who is not Nord, High Elves seem to manage living in the city much better than the Dark Elves, despite the fact that the High Elves are the head of the Aldmeri Dominion. Niranye, an Altmer citizen of Windhelm, implies that it is because the Dark Elves refuse to conform, rather than because of Nordic racism.[13] She manages to attain a moderate amount of wealth and owns a stall in the market. Likewise, the Dunmer Belyn Hlaalu is allowed to own a successful farm on the outskirts of the city where he employs an elderly Nord woman, and likewise shares the view that his kin need to stop complaining and work harder to make a home for themselves.[14] However, despite all of this, Belyn still has to live in the Gray Quarter.[15]

During 4E 201, as the Skyrim Civil War rages on, Skyrim becomes a nation divided, and Windhelm becomes the new capital of the Stormcloak Rebellion, the main center of the entire Nord revolution against the Empire.[18] Windhelm is governed by Jarl Ulfric Stormcloak, the leader of the Stormcloaks. Ulfric was chosen by the public as the new Jarl of Windhelm after his father, the previous Jarl, died.[12] At least three of Skyrim's other holds pledged loyalty to Ulfric and his Stormcloak Rebellion during this time: the Pale, the Rift and Winterhold.

The Stone Quarter is Windhelm’s central district; the one visitors first enter when passing through the Main Gate into the city. It contains the marketplace, the most important shops, and the city's inn. 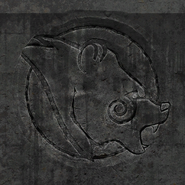 Čeština Deutsch Español Français Italiano Nederlands Polski Português Русский Українська
*Disclosure: Some of the links above are affiliate links, meaning, at no additional cost to you, Fandom will earn a commission if you click through and make a purchase. Community content is available under CC-BY-SA unless otherwise noted.
Advertisement