For other uses, see Wrothgar.

"The Wrothgar Mountains have been home to northern Tamriel's Orcs since the beginning of recorded history. Invading armies have marched into these peaks countless times to suppress the fractious Orcs, but the clans always rise again."
―Wrothgar Loading Screen[src]

Wrothgar, also known as the Wrothgarian Mountains, is a zone in the province of High Rock in The Elder Scrolls Online. It borders Stormhaven and Bangkorai. It is available as a DLC which is purchasable from the Crown Store and is focused on a more solo-based player experience. The main quest of Wrothgar will take approximately 25 hours to complete—roughly the same length as Skyrim's main quest—and unlike other zones, Wrothgar is available to all levels three and above, with players being level-scaled to the zone.

Wrothgar is under the control of King Kurog gro-Orsinium, where the Orsimer are rebuilding and reoccupying the city of Orsinium. South of the city is a patchwork of strongholds and wilderness.

The followers of the Code of Malacath are distrustful of the Orsimer Kurog gro-Orsinium and his Daggerfall Covenant allies as their ancestors, the Bretons and Redguards, destroyed Orsinium many times throughout history. Simultaneously, King Kurog is sympathetic to a sect of Trinimac worshippers who wish to do away with the Code of Malacath.

The Orc capital, Orsinium, in Wrothgar 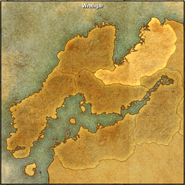 Location of Wrothgar within High Rock 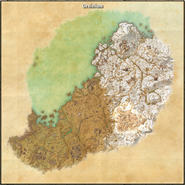 Location of Orsinium within Wrothgar

Orcish depictions of the Mage, Thief, and Warrior

The walls of Orsinium

The mountains and valley around Orsinium

A large shrine to Malacath carved into a mountain

Wrothgarian tundra forest by a river

Español 日本語 Русский
*Disclosure: Some of the links above are affiliate links, meaning, at no additional cost to you, Fandom will earn a commission if you click through and make a purchase. Community content is available under CC-BY-SA unless otherwise noted.
Advertisement